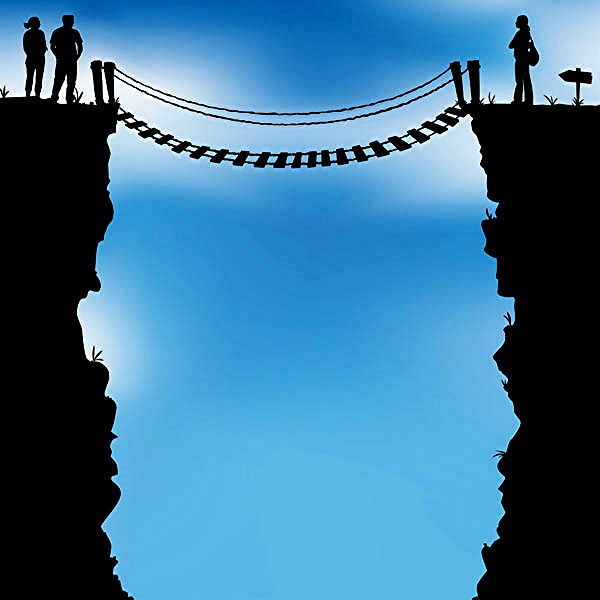 There is a noted estrangement epidemic amongst dysfunctional families

“Family quarrels are bitter things. They’re not like aches or wounds; they’re more like splits in the skin that won’t heal because there is not enough material.”

Estrangement is the turning away from a previously held state of affection, comradeship, or allegiance by one party to another or, alternatively, the parties to each other. The meaning has not changed much from its Latin root extraneare, to treat as a stranger.

The phenomenon of children being estranged from one or both parents has risen dramatically in recent years.

Anecdotally, after 40 years of estate litigation practice, I have witnessed the gradual erosion of the family, starting with the divorce laws of 1968 and moving through the social acceptance of common law relationships, children out of wedlock, “blended but lumpy families,” same sex marriage, and so forth. Legally speaking, the times are achanging.

In recent years, I have noted what I consider a silent epidemic of estrangement between parents and one or more of their adult children. In fact estrangement among individuals in families is far more common than most people believe.

We follow the estrangements of movie stars with glee and interest—Lindsay Lohan got a restraining order against her father; Jennifer Anniston stopped talking to her mother in 1996 when her mother wrote a tell-all book; the Tori-Spelling-of-the-week is not talking to a parent or vice versa. All those behaviours foster irreparable estrangement among various family members.

Family estrangement is found everywhere in society, from the wealthiest to the poorest. Although there is a shocking lack of statistics available on family estrangement, contemporaries in other fields, such as family counsellors, report a tremendous increase in the number of family members who no longer communicate with each other.

I believe that estrangement is so painful for the parties involved that often, they do not wish to talk about it.

There may be very valid reasons for such estrangement, such as when sexual abuse has occurred upon a child who is then not believed by either parent. A child frequently flees from the family simply to get away from one nightmare that often leads to another on the street.

Family estrangement is never easy for anyone, both within and outside the family.

In my experience as a lawyer, when estrangement occurs, the reasons are usually very understandable, troubling, and valid. The departing family member often has been very badly emotionally damaged in the relationship.

The reasons for estrangement are as diverse as the parties involved. Sometimes there was a very close relationship in the past and something happened that created distance. It may have happened slowly over time or rather suddenly, but once that distance was created, it solidified into estrangement. Alternatively, the relationship was never as close as it could or should have been and the gap just kept getting wider, until there was no relationship at all.

I couldn’t possibly list all the causes for family estrangement. Here are a few significant ones.

Intolerance usually manifests in the sense of disapproval of lifestyle choices such as homosexuality; marrying outside a person’s religion, race, nationality, or ethnicity; or another perceived disrespect. Intolerance can lead to stubbornness and small-mindedness when it comes to giving up a grudge or to pettiness and nastiness when it comes to forgiveness.

Divorce arguably may be the single-most-common cause of family alienation. However amicable the divorce seemed to the parents, resentments can run deep and some children never get over it. Children may wish to live with one parent as opposed to the other. The malice of one parent turning children against the opposite parent can lead to unwarranted estrangement between the child and the “bad” parent or even both parents.

Remarriage, especially by the custodial parent, that creates a “blended family” has certainly caused a great number of estrangements. Distance among “first family” members and “second family” members or even a third is quite common, even when people are not cohabiting as a family unit.

Some parents never intended to be parents; they resented their children and thus were toxic parents. Living with a parent with a narcissistic personality disorder is exceedingly difficult for a child, who invariably fails to win the parent’s approval, let alone love.

They include mental illness, drug and alcoholic addiction, and household violence.

They include neglect, unconcern, and constant humiliations, disappointments, and putdowns.

Both parents are working and have little time for the children.

They include a long series of rather minor but escalating misunderstandings and overreactions and general stubbornness on both parties to make amends. While the cutting of ties between family members can be surprisingly easy, reconnecting them can be difficult if not impossible to restore.

Arguments during significant holidays such as Thanksgiving and Christmas can lead to repeated hostilities, further family division, and avoidance of the special occasion in future.

When the marital partner has not been accepted by the family, it becomes awkward for everyone and easier for the estranged party to stay away.

In a dysfunctional family, the children typically do not receive enough love and care and often end up by default in competition with each other for those necessities of life.

Later, when the parents die, the competition for love may convert into one or more children taking the parents’ money to the exclusion of other siblings, out of a distorted belief they deserve the money. In the mind of the perpetrator(s), the money-grab becomes the substitute for the lost parental love.

As children, we don’t get to choose our family but, as adults, we can decide whom we wish or don’t wish to have in our lives. Even in the best of circumstances, being a member of a family is often a challenge.

To those readers who are estranged from their families, I would encourage group counselling and chat forums to deal with the pain and hopeful reconciliation and healing. That is often easier said than done as it takes a willingness on at least two sides to complete a successful reconciliation.