Minority shareholders, or their representatives if deceased, can bring an action for oppression under section 227 of the BC Companies act (BCA)  to inter alia  force a sale of their minority shares if the affairs of the company are being conducted in a manner, oppressive or unfairly prejudicial to one or more of the shareholders.

The courts are particularly sensitive to the rights of minority shareholders in family businesses.

Oppression is an equitable remedy that seeks to ensure fairness that is just and equitable. It gives the court a broad discretion to enforce not only what is legal, but what is fair.

Under section 227 (3) of the BCA, the court has vast powers to make any orders it sees appropriate, interim or final, to remedy or bring an end to the oppressive conduct.

Oppression is fact specific as to whether conduct is just and equitable, as measured by the reasonable expectations of the stakeholders in the context in regard to relationships at play.  BCE at paragraph 59.

The onus is on the petitioners to establish that the affairs of the company are being conducted in a manner that is oppressive to them or that they there have been ask of the company or its shareholders that are unfairly prejudicial.

The Court of Appeal in Safarik v Ocean Fisheries Ltd 12 BC LR(3d) 342 stated:” family companies are very different from non-family companies. They are different because usually when a young man joins his father in the business, he does so trust in his father to do right by him, and the father intends to do right. The snow contracts are drawn up. It is not unusual for differences to arises they did here, not because he their father, her son is dishonorable, but because he sees the world through different eyes.

It is not erroneous to take a more liberal approach to the words just and equitable in the case of family company in which one of the family after many years services is no longer permitted to participate in the business.

In determining if there is oppression of a minority shareholder the court must ask two questions:

Examples of the court, having determined that it would be just and equitable to grant relief under section 227 (3) BCA from conduct that was unfairly prejudicial include:

1. The loss of confidence in inability to communicate with one another. Where the termination of a minority shareholders employment was inextricably interwoven with his or her position as an officer and director and the business was in fact a partnership operated under the guise of a private company
2. unequal repayment of shareholders loans and the failure to repay shareholder loans within a reasonable period of time
3. exclusion of a shareholder from continued participation in the management of the business, contrary to past practice( Safarik at 94-95) 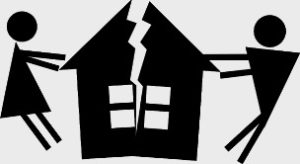 Ouster and Partition of Property 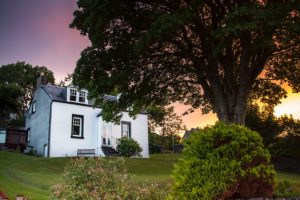 Courts Must Scrutinize Claims Against Estates