S.58 WESA Does Not Apply to Wills With “Pour Over” Revocable Trusts 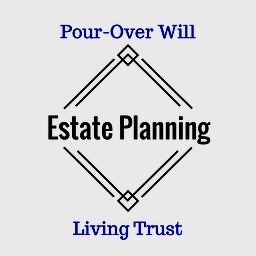 Re Quinn Estate 2018 BCSC 365 held that the curative provisions of section 58 WESA did not apply to a will, with a ”pour over” clause that created revocable and amendable trusts.

Mr. Quinn was a well know when general manager in the National Hockey League, including with the Vancouver Canucks.

In 1996, he executed a will in respect to his Canadian assets situated in Canada. At the time of his death in 2014 his Canadian assets consisted primarily of shares in the capital of several private corporations. Subject to the resolution of a particular liability, the value of the estate was either $750,000 or near nil.

The will was prepared by a US attorney and was executed in British Columbia.

Under clause 6 of the will, the residue of the testator’s Canadian estate was to ”pour over” into a revocable amendable inter vivos family trust to be added to principal and thereafter, but to be held, administered and distributed under the terms of such agreement.

Under the trust, the settlers, namely the deceased and his wife, were the first beneficiaries. Following the death of the surviving settlor, the beneficiaries were their two daughters.

The petitioner sought the court’s determination as to whether the pour over clause was invalid, and if so, whether it was cured by recent legislation, namely section 58 WESA.

The court held that the clause was invalid and was not saved by the curative provisions of section 58 WESA.

A “pour over” clause is generally viewed as a dispositive provision directing that all or part of the estate should be added to the corpus of existing trusts, the terms of which were not reiterated in the will itself.

Trusts are not a legal person, and is only a relationship.

Accordingly, a devise or bequest to trusts is not like a devise or bequest to an individual. The “pour over” trust doctrine is not a probate doctrine, but rather concerns the construction of wills. It is based upon the doctrine of independent significance. Under that doctrine, if a fact or an entity exists which has significance independent of the will extrinsic evidence is admissible to identify the fact or entity.

Properly established trusts are such a fact of independent significance. The disadvantage of the “pour over” trust is similar to that which attends the doctrine of incorporation by reference, namely that a reference to a trust which is revocable or which may be replaced with another is not acceptable, since the trust is not then have independent significance in the testator is purporting to reserve the right to make a future under tested codicil to the will.

The court held that subject to the possible application of section 58 of WESA, the pour over clause of the will was invalid.

The family trust in question by providing its own amendment or revocation by the testator and his wife, created a mechanism to avoid the execution strictures of section 37 WESA. Such provisions for revocation or amendment also do not reflect the requisite deliberate or fixed and final intention “ for testamentary dispositions. The clause was not saved by section 58 WESA given that the testator made the will requiring the of opinion of the court, the parties were each entitled to their costs from the estate. On the full indemnity basis. ”

In Waters Law of Trusts in Canada , the learned author describes a trust as follows:
“ a trust is the relationship which arises whenever a person called the trustee is compelled in equity to hold property, whether real or personal, and whether by legal or equitable title, for the benefit of some persons of whom he may be one, and who are turned beneficiaries, or for some object permitted by law, in such a way that the real benefit of the property, cruise, not to the trustees, but to the beneficiaries or other objects of the trust“

In Kellogg Estate 2013 BCSC 2292 the court held that a pour over clause to a revocable, amendable inter vivos trust to be invalid.

The definition of will in section 1 of WESA contemplates a testamentary disposition. This solemn duty of making one’s will, as reflected in section 37 (1) of WESA and its requirement for proper execution .

WEAS’s purpose and requiring particular formalities for the proper execution of a will is to ensure certainty as to the deceased final wishes and to avoid controversy, and possible litigation. The possible use of a revocable, amendable inter vivos trust as the recipient of a testamentary gift, bequest, or devise creates the uncertainty that the legislation sought to avoid.

Section 58 of Wesson must be read in context of sections 37 and 59 of WESA.

Section 58 WESA is not an independent provision. From its language, even though the making, revocation, alteration or revival of the will does not comply with this act, section 58 is tethered to section 37 WESA.

The court stated that the policy reason behind section 58 is to enable the courts to step in where a person has taken real steps to make a will, but the formalities have fallen short. It does not exist to enable the court to blessed structures that circumvent the formalities altogether, which is what a “pour over” clause to an amenable trust does. If the policy behind S. 58 were to do away with testamentary formalities, then WESA would not contain testamentary formalities. Rather, what section 58 reflects is a policy to ensure that a document that reflects the deliberate, fixed and final intention of the deceased person is not set aside on the basis of failure to comply with the formality.

The court referred to Re Hadley Estate 2017 BCCA 311 that reviewed the purpose of section 58 WESA and stated at paragraph 34 “ section 58 of WESA is remedial in nature, it confers a broad discretion on the court to order that a record or document or writing or marking on a will or document be fully effective, despite noncompliance with the statutory requirements. Although section 58 cannot be used to uphold the will that is substantially invalid, it permits the court to cure issues of formal invalidity in prescribed circumstances.

For an order to be granted under section 58 WESA, the court must be satisfied that a document represents the testamentary intentions of the deceased person. However, unlike the curative provisions in some province, section 58 does not require a minimum level of execution or other formality for a testamentary document to be found fully effective. Regardless of its form, if the court grants an order under section 58 the document may be admitted to probate.

It is the amendable nature of trusts themself, not the actual amendments made to it, that renders is ineligible to be saved under section 58. In order for the gift to the trust in the Quinn case to be curable, under section 58 it would be necessary for the terms of the trust to represent the deliberate or fixed and final intentions of the deceased. By its very nature, the trust could never express the fixed and final intention of the deceased because it contemplated its own amendment. The trust was a vehicle that enabled the deceased to change his testamentary dispositions at any time. It was the very opposite of the fixed and final statement of the deceased’s intentions with respect to the disposition of his assets on his death.