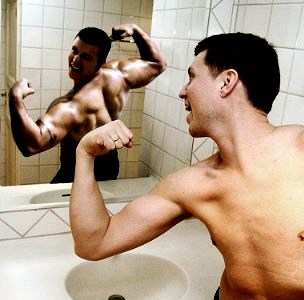 Hsia v Yen-Zimmerman 2012 BCSC 1620 raised the allegation that the will of the deceased was invalid due to his lack of capacity caused by a delusion arising out of the murder of his daughter in 1972.

His will made in 1973 left everything to his surviving three daughters and did not provide for the two children of the murdered daughter.

The defendants unsuccessfully argued that the deceased lacked testamentary capacity at the time he signed the will by reason of suffering from insane delusion that in order to erase pain of the murder of his daughter, he had to abandon his relationship with her two children, to the extent of excluding them from his will.

The court dismissed this argument and admitted the will into probate finding that the deceased was a rational and functioning member of society in 1973, that there were no suspicious circumstances of the kind necessary to displace the presumption of testamentary capacity.

His reaction to his daughter’s death was not suggestive of an insane delusion or pathological denial of her death, but was simply an expression of his personal grief.

Moreover his relationship with the grandchildren did not cease abruptly, but instead diminished over time to the point where it was almost nonexistent, which may partly be by reason caused by  her surviving husband remarrying  very shortly after her death.

Moreover, the deceased surviving three children had a greater material needs then the two grandchildren did at that time.

The Courts comments re capacity are as follows:

” as the propounder of the will has the burden of proving testamentary capacity. The test for testamentary capacity has been variously expressed. A comprehensive and frequently cited explanation of what it entails is that of Laskin J.A. (as he then was) in Schwartz (Re), [1970] 2 O.R. 61 (C.A.) at p. 79, where he wrote:

…The testator must be sufficiently clear in his understanding and memory to know, on his own, and in a general way (1) the nature and extent of his property, (2) the persons who are the natural objects of his bounty and (3) the testamentary provisions he is making; and he must, moreover, be capable of (4) appreciating these factors in relation to each other, and (5) forming an orderly desire as to the disposition of his property…

[43]    In proving testamentary capacity, the propounder has the benefit of a rebuttable presumption. Sopinka J. held at para. 26 of Vout v. Hay.

[26]     .. .Although the propounder of the will has the legal burden with respect to… testamentary capacity, the propounder is aided by a rebuttable presumption. Upon proof that the will was duly executed with the requisite formalities, after having been read over to or by a testator who appeared to understand it, it will generally be presumed that the testator knew and approved of the contents and had the necessary testamentary capacity.

[44]    I have concluded that the will of Mr. Yen was “duly executed with the requisite formalities” and inferred that he knew and approved of its contents. Subject to the question of “suspicious circumstances”, it is presumed that he had the necessary testamentary capacity.

[46]    To rebut this presumption the defendants must establish suspicious circumstances that tend to call into question the capacity of the testator. As Sopinka J. put it in Vout v. Hay at para. 27, the force of the presumption will be spent, or the burden it imposes will be met, by those attacking the will:

…adducing or pointing to some evidence which, if accepted, would tend to negative… testamentary capacity. In this event, the legal burden reverts to the propounder.

[47]    Thus, the issue is whether there is some evidence which, if accepted, tends to call into question the capacity of Mr. Yen to make a will valid.

[49]    The defendants correctly state that the first issue that arises in these circumstances is whether the evidence is such that it should “excite the suspicion of the court” to the degree necessary to spend the persuasive force of the presumption and cause the onus of proving capacity to revert to the plaintiff. The second issue is, assuming the presumption is rebutted, whether the evidence establishes on a balance of probabilities that the testator had the necessary capacity.

[32]      …”A delusion is insanity where one persistently believes supposed facts (which have no real existence except in his perverted imagination) against all evidence and probability and conducts himself however logically upon the assumption of their existence.”

[51]    Not any insane delusion will be sufficient to support a finding of lack of testamentary capacity. The delusion must bear some rational connection to the bequests in the will.