The Doctrine of Suspicious Circumstances 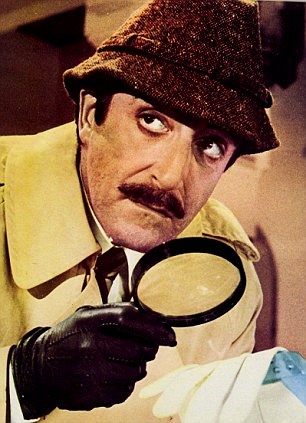 The Doctrine of Suspicious Circumstances-

[200] In Vout v. Hay, [1995] 2 S.C.R. 876 [Vouf\, the Supreme Court of Canada laid to rest the thread of confusion that had emerged in earlier decisions concerning the burden of proof and the interrelationship between the doctrine of suspicious circumstances and the issues of testamentary capacity, knowledge and approval, undue influence and fraud.

[201] Vout affirmed that the legal burden of proving due execution of the will and both testamentary capacity and that the testator knew and approved of the contents of the will is with the party propounding the impugned will. Put succinctly, the party seeking to uphold the will must prove that it was duly executed and is the product of a free and capable testator.

[202] In discharging its burden of proof, the propounder is aided by a rebuttable presumption. It is presumed that the testator possessed the requisite knowledge and approval and testamentary capacity where the will was duly executed in accordance with the statutory formalities after having been read by or to the testator, who appeared to understand it. Vout clarified that this presumption may be rebutted by evidence of well-grounded suspicions, known as “suspicious circumstances”, relating to one or more of the following circumstances: (1) surrounding the preparation of the will; (2) tending to call into question the capacity of the testator; or (3) tending to show that the free will of the testator was overborne by acts of coercion or fraud (para. 25).

[203] The presumption places an evidentiary burden on the party challenging the will to adduce or point to “some evidence which, if accepted, would tend to negative knowledge and approval or testamentary capacity”: Vout at para. 27.

[204] Where suspicious circumstances arise, the presumption is said to have been spent, meaning it does not apply and has no further role to play, and the propounder reassumes the legal burden of establishing both approval and capacity. Proving testamentary capacity as well as knowledge and approval of the will provisions, necessarily entails dispelling the suspicious circumstances that have been raised: see generally, Ostrander v. Black (1996), 12 E.T.R. (2d) 219 at 235 (Gen. Div.).

[205] The usual civil standard of proof, namely proof on a balance of probabilities, applies. That said, as a practical matter the extent of the proof required will be proportionate to the gravity of the suspicion, which will vary with the circumstances peculiar to each case: Vout at para. 24.

[206] A “general miasma of suspicion that something unsavoury may have occurred” will not be enough: Clark v. Nash (1989), 61 D.L.R. (4th), 409 at 425 (B.C.C.A.). In Maddess v. Racz, 2009 BCCA 39 at para. 31, the B.C. Court of Appeal reminded that merely “some evidence” was not sufficient and emphasized the stipulation in Vout that in order to elevate general suspicion to the threshold of suspicious circumstances, the evidence, if accepted, must tend to negative knowledge and approval or testamentary capacity.

[207] Suspicious circumstances have been found to exist in a wide array of situations and are not necessarily sinister in nature. There is no checklist of circumstantial factors that will invariably fit the classification. Commonly occurring themes include where a beneficiary is instrumental in the preparation of the will (especially where the beneficiary stands in a fiduciary position to the testator), or where the will favours “someone who has not previously been the object of [the testator’s] bounty and does not fall within the class of persons testators usually remember in their wills, that is to say their next of kin”: Longmuir v. Holland, 2000 BCCA 53, at para. 69 [Longmuir]; Heron Estate v. Lennox, 2000 BCSC 1553 at para. 67 [Heron Estate]. In Moore, N. Smith J. found the fact that the testatrix’s doctor had described her as no longer capable of managing her affairs and as suffering dementia around the time she made her will constituted a suspicious circumstance sufficient to rebut the presumption.