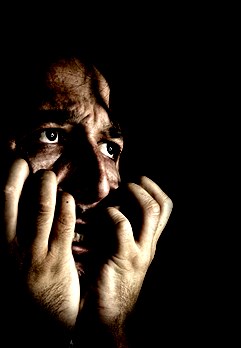 Verwoord v. Goss, 2014 BCSC 2122 is one of a few cases, and perhaps a trend in incapacity law, where the courts have found a will invalid by reason that the deceased was delusional about a beneficiary that should have been considered, by reason of paranoid thoughts towards the beneficiary ( “she was out to get him” ) and cognitive impairment.

I have excerpted the legal reasoning on incapacity that also provides the factual basis to support the fining that delusions towards the expected  beneficiary to support  the invalidation of the will.

189     Turning now to the issues I must decide, at the outset I must determine whether or not Bart had capacity to make the 2009 Will prepared by Lynda Cassels. I have determined that he did not.

191 To prove testamentary capacity, the proponents of the will, here the defendants, must establish that when the 2009 Will was made, Bart “had a disposing mind and memory,” that he understood the nature of the will and its effects, the extent of the property disposed, and was “able to comprehend and appreciate the claims to which he ought to give effect” (Brydon, paras. 48-49). This test has also been articulated as requiring proof that Bart was not ailing under a disorder of the mind which “poisonjed] his affections, pervert[ed] his sense of right, or prevented] the exercise of his natural faculties” (para. 49). In other words, the defendants must prove that Bart was not acting under a disorder of the mind which caused him to execute a will that would not have been made were he of sound mind at the time.

192 In Feeney’s Canadian Law of Wills, 4th ed. (Markham, Ont.: LexisNexis Canada, 2000), it is noted that issues respecting the mental capacity of a testator generally fall into two categories: specific delusions and senile dementia (§2.8). The former involves irrational beliefs held by the testator which affected the dispositions made in the will. Often, such beliefs involve an aversion for a specific family member, which will only undermine capacity where the aversion cannot be rationally explained, or if it is found “that the testator was merely feigning … in order to rationalize his failure to provide for his family” (§§2.9-2.11). As noted in Brydon, the deluded testator irrationally believes facts which have no basis in reality, and conducts his affairs based on the assumption that those facts exist (para. 210).

194 Additionally, I am of the view that Lynda Cassel’s opinion relating to Bart’s capacity is weakened by the fact that she appeared to accept as true all of Bart (and Dennis’) allegations with respect to Caroline, that I have found to be false. I have also considered that Bart’s allegations in the 2008 WVA declaration, which he told Lynda Cassels he did not read, were true, and those contained in his 2009 WVA declaration are false. As I have noted, I cannot determine whether Bart did hold any prejudice with respect to Dennis as an American Indian, but I am not satisfied that issue has any importance since under the 2008 Codicil Bart was continuing to treat all of his children equally.

195 Finally, I do not give weight to the evidence of Brenda Milbrath, since she acknowledged that her opinion would have been impacted if she had known that Bart was experiencing the kind of delusions that I have found he was in fact having.

196     Both the evidence of Bart’s lawyers and the evidence of the doctors deserve careful scrutiny in determining whether Bart had capacity, but ultimately a decision on capacity is a common sense decision based on all of the evidence I have heard.

197 While I accept that the presumption of testamentary capacity applies to Bart’s 2009 Will, I find that the presumption has been rebutted. Not only have the plaintiffs raised “suspicious circumstances” concerning Bart’s capacity, but in my view, there is overwhelming evidence that Bart was acting ailing under delusions at the time that he executed the 2009 Will. These include the specific delusions that Caroline was “out to get him” was “following him” and “was spying on him.” There is nothing to indicate that Bart’s delusions with respect to Caroline were feigned, nor are they explicable, as I find that Bart’s perception of Caroline’s actions was wholly irrational and entirely inconsistent with the events that actually occurred.

198 In Brydon, supra, the Court recognized that there must be some connection between the delusion and the contested transaction in order for a transaction to be invalidated (para. 209). There can be no doubt of a reasonable connection between the 2009 Will and Bart’s delusions concerning Caroline. Indeed, this is evidenced in Bart’s statutory declarations made at the time, which expressly attribute Caroline’s lesser share of Bart’s estate to “[h]er actions [which] have caused me great pain and expense.”

199 All of Bart’s beliefs about Caroline and Caroline’s actions were wrong and were in direct conflict with what he would have believed had he not been cognitively impaired. I find that all of Bart’s statements in his 2009 WVA declaration have been conclusively disproven at trial. While I cannot determine whether or not Bart did have any prejudice against Dennis as a result of his ethnicity (as indicated in the sealed WVA declaration), I find that is not dispositive since it is my view that Bart’s overarching concerns about Dennis and Thea were expressed in the 2008 WVA declaration and have been proven.

As noted in Feeney’s Canadian Law of Wills, supra, senile dementia arises where the mental faculties of the testator are so diminished that the testator lacked capacity. The mere fact of a diagnosis or advanced age is not sufficient, as the overarching question is whether the testator “has sufficient mental power … to appreciate and understand” the will (§§2.13-2.15). In this regard, I do not place any weight on the results of the test conducted on Bart in January 2010, since, as noted by Dr. Bater, test results are not conclusive to a diagnosis. Further, I have real concerns that those results are invalid, as I am suspicious that the results were achieved by coaching by the defendants.

I find that Bart’s testamentary capacity had been undercut by senile dementia by the time of the making of the 2009 Will. I accept that the question of whether Bart had Alzheimer’s or another form of dementia is not determinative in this regard. However, Bart’s memory limitations, confusion, and general cognitive impairment had so eroded his faculties that he could not “appreciate and understand” the will at the time that it was made.

Further, Bart’s beliefs about Caroline’s actions were encouraged and conveyed to his lawyer Lynda Cassels. In his e-mails to Ms. Cassels, Dennis included such language as “Caroline’s attempt to nail his coffin shut,” “…set Caroline off like hell has no fury,” “Caroline is acting like Hitler and a dictator,” which language would have been particularly influential with Bart since he was living in the Netherlands during World War II, “Caroline will weave her web of lies and deceit,” and “Bart fears Caroline’s wrath.” I conclude that since Dennis was using such language with Ms. Cassels, he was similarly using such language when he spoke to Bart. In my view, the reasonable inference to be drawn is that Dennis encouraged Bart’s delusional beliefs respecting Caroline.

203 The evidence indicates that Bart’s susceptibility to delusion as well as the impairment of his faculties increased substantially around the time of Bart and Anna’s European vacation, and became more acute particularly in the period following Anna’s death. While it is not possible to identify with precision when, precisely, he was deprived of testamentary capacity, I find that this occurred subsequent to the 2008 Codicil but prior to the making of the 2009 Will. Accordingly, I find that Bart lacked testamentary capacity to make the 2009 Will.

204 As noted by the majority in Rogers, Re.\ 19631 B.CJ.■■No. 133 (B.C. C.A.), the requisite capacity to make inter vivos gifts is the same as testamentary capacity (para. 30). For the reasons I have outlined above, I also find that Bart lacked sufficient capacity to make the inter vivos dispositions in January 2010. As noted, Bart’s capacity had diminished even further by this poin