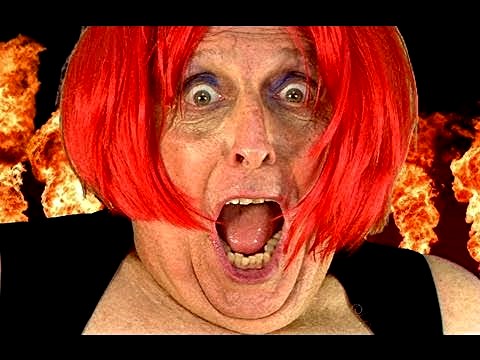 Mental Health and The Controversial DSM5

Psychiatrists like to put labels on mental disorders and use the DSM for such use.The new DSM-5 seems to be causing controversy within the mental health business.Considering that not long ago, the DSM classified such things as homosexuality as a mental disorder, it if not surprising that not all mental health workers agree on the content of various issues discussed in the DSM, now edition 5.The following article is reprinted from Christopher Lane’s blog on the issue, and is of interest to estate litigation due to such issues as mental capacity, personality disorders and the like.

The latest development is a humiliating blow to the APA.

Published on May 4, 2013 by Christopher Lane, Ph.D. in Side Effects

Just two weeks before DSM-5 is due to appear, the National Institute of Mental Health, the world’s largest funding agency for research into mental health, has indicated that it is withdrawing support for the manual.

In a humiliating blow to the American Psychiatric Association, Thomas R. Insel, M.D., Director of the National Mental Health, made clear the agency would no longer fund research projects that rely exclusively on DSM criteria. Henceforth, the National Mental Health, which had thrown its weight and funding behind earlier editions of the manual, would be “re-orienting its research away from DSM categories.” “The weakness” of the manual, he explained in a sharply worded statement, “is its lack of validity.” “Unlike our definitions of ischemic heart disease, lymphoma, or AIDS, the DSM diagnoses are based on a consensus about clusters of clinical symptoms, not any objective laboratory measure.”

That consensus is now clearly missing. Whether it ever really existed remains in doubt. As one consultant for DSM-III conceded to the New Yorker magazine about the amount of horsetrading that drove that supposedly “evidenced-based” edition from 1980: “There was very little systematic research, and much of the research that existed was really a hodgepodge—scattered, inconsistent, ambiguous.”

According to Insel, too much of that problem remains. As he cautioned of a manual whose precision and reliability has been overstated for decades, “While DSM has been described as a ‘Bible’ for the field, it is, at best, a dictionary, creating a set of labels and defining each.” And not even a particularly good dictionary, apparently. Of the decision to steer research in mental health away from the manual and its parameters, Insel states: “Patients with mental disorders deserve better.”

Yet what the NIMH is offering as a solution the DSM’s fumbles and errors is not without major problems of its own, including because of the agency’s single-minded focus on biological psychiatry as the represented solution to all such ambiguities and confusions. Among the consequences of that emphasis, interest in symptoms will be radically curtailed: “symptom-based diagnosis, once common in other areas of medicine, has been largely replaced in the past half century as we have understood that symptoms alone rarely indicate the best choice of treatment.”

The agency’s year-and-a-half old attempt to devise an alternative to theDSM, its Research Domain Criteria (RDoC), stems from an effort, writes Insel, “to transform diagnosis by incorporating genetics, imaging,cognitive science, and other levels of information to lay the foundation for a new classification system. Through a series of workshops over the past 18 months,” he continues, “we have tried to define several major categories for a new nosology. This approach began with several assumptions:

A diagnostic approach based on the biology as well as the symptoms must not be constrained by the current DSM categories;
Mental disorders are biological disorders involving brain circuits that implicate specific domains of cognition, emotion, or behavior;
Each level of analysis needs to be understood across a dimension of function;
Mapping the cognitive, circuit, and genetic aspects of mental disorders will yield new and better targets for treatment.”
These assumptions spring from assertions and tautologies that have driven American psychiatry since at least the 1970s. The insistence that “mental disorders” be viewed and studied entirely as “biological disorders” shunts aside the APA’s supposed agnosticism on that front; but it also echoes Robert Spitzer’s effort (dating here from June 1976) to push through a similar proviso for DSM-III: “A mental (psychiatric) disorder is a medical disorder” (qtd. in Shyness 63). Even today, little in that assertion is self-evident.

True, the NIMH is leaving some room for discussion of environmental and psychological factors. “Self-reports” will also apparently be a “unit of analysis,” though interest in the thoughts and testament of patients seems characteristically small. The agency’s overwhelming focus is to remain on the brain as the alleged seat and cause of psychiatric suffering.

Given the broadly inconclusive research on such formidably complex elements, that prospect is dismaying to many and “potentially game-changing” to others. For others still, the NIMH’s “seismic” decision represents an unmistakable “kill shot to DSM-5,” and not a moment too soon. The manual’s authority won’t end overnight, but, given the implications of the NIMH’s decision, it also can’t and won’t stay as it has.

Nevertheless, the alternatives, at least those that the NIMH is presenting, may turn out to be equally problematic and unworkable. As Gary Greenberg noted recently in the New Yorker, “doctors in most medical specialties have only gotten better at sorting our suffering according to its biochemical causes … [but] psychiatrists still cannot meet this demand. A detailed understanding of the brain, with its hundred billion neurons and trillions of synapses, remains elusive, leaving psychiatry dependent on outward manifestations for its taxonomy of mental illnesses.”