Testator Must Know General Value of Assets to Have Mental Capacity 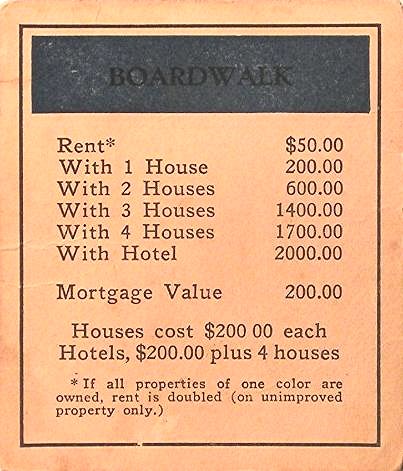 Mental Capacity and Knowing the Value of  Testators Assets

Part of the criteria in proving mental capacity of a testator involves showing that the testator understood the nature and the extent of the property being disposed of by the will. The question that is often to be determined is just how much knowledge does a testator require in terms of certainty versus approximation when it comes to knowing the value of his or her assets to be disposed of by will him him him the short answer is that testators are not required to be accountants nor have an accountant’s knowledge and understanding of their estate. What is required is that they appreciate the general nature of the value of estate assets and have an approximate knowledge of their value or the approximate value in terms of either dollars or quantitatively such as “a lot of money” or ” a small fortune”, will suffice. In Laszlo v Lawton 2013 BCSC 305, this is discussed in detail:243] In Russell v. Fraser (1980), 118 D.L.R. (3d) 733, the B.C. Court of Appeal considered the extent of understanding of the estate residue required of a testatrix in the context of evaluating whether she knew and approved of the contents of her will. There, the testatrix gave will instructions to the manager of her credit union, who was instrumental in its preparation, directing that legacies totalling $76,000 be left to several beneficiaries. Upon realizing that substantial assets remained in her estate, the manager asked how she wished to dispose of the residue. The testatrix declined the manager’s suggestions to enlarge the gifts to certain family members or provide the legatees with proportions of the estate rather than fixed sums. The manager then suggested, “partly facetiously”, that the residue be left to him. After some discussion, the testatrix agreed. There was no evidence that she was aware of the value of the residue, which was approximately $130,000.

[244] The court held that it was not enough that the testatrix was aware of the balance in her bank accounts; she must also be aware of the approximate value or magnitude of the residue of her estate at the time she executed her will. This principle has been extended to apply to all property – not just property falling into the residue – dealt with under a will: Johnson v. Pelkey (1997), 36 B.C.L.R. (3d) 40 at para. 114 (S.C.). It has also been relied upon as a correct exposition of the Banks requirement that the testator understand the extent of the property being disposed of by the will in considering the larger issue of testamentary capacity: Woodward v. Grant, 2007 BCSC 1192 at para. 119.

[245] In Moore, the testatrix knew that her property consisted of her house and two bank accounts, but was unable to accurately recall the current balances of those accounts. She told her solicitor that one of them had $25,000, when in fact one held about $3,500 and the other about $45,000. Her less than exact understanding of the value of her accounts was considered adequate.

[246] In Coleman, the testatrix told a doctor shortly after signing her will that she purchased her house 60 years earlier for $2,900 and would be willing to sell it for $10,000. The assessed value of the house at the time was $180,000. In concluding that the testatrix lacked capacity, Warner J. held, at para. 80, that her statement to the doctor “was directly relevant to an understanding of whether the testator had a basic understanding of the extent of her assets, one of the three Banks factors.”

[247] Although appreciation of the approximate value of one’s estate is important, a testator is not required to know its exact makeup. In Palahnuk v. Palahnuk Estate, [2006] O.J. No. 5304 at para. 82 (Sup. Ct. J.), the testatrix was able to recall what real property she owned and could describe it. She also knew that she owned investments being managed by the Public Guardian. Although she did not know the specific investments in her portfolio and the amount of revenue they generated, the testatrix was aware that her total estate had a value of $1.2 million and appreciated that was “a lot of money”. The court held that her degree of knowledge was sufficient, remarking, at para. 82:

No more is required under the law. Testators are not required to be accountants nor to have an accountant’s knowledge and understanding of their estate. If such a meticulously demanding standard were required … many testators would be unable to meet it.

[248] In Kaye et al. v. Chapman et al., 2000 BCSC 1195, the real properties and investment funds of a wealthy testator were managed by professional third parties. The testator told the lawyer drafting his will that his financial worth was about $3 million which the lawyer recorded in his file as “+/- $2.5”. In rejecting the argument that the testator did not appreciate the magnitude of his estate, the court found, at para. 68, it was sufficient that he understood he was a “millionaire and a wealthy man” and that he was conferring on the residual beneficiary a “substantial fortune”: see also Pike v. Stone (1999), 179 Nfld & P.E.I.R. 218, where the testator’s understanding that the estate had “substantial value” was sufficient.

[249] The principles to be taken from the authorities are that testators are not expected to know the exact composition of their estate assets and their value with the metronomic precision of an accountant. An appreciation of the general nature of the value of estate assets and an understanding of their extent, meaning their approximate value or the approximate value of the estate at large, expressed either in terms of dollars or quantitatively (eg. “a lot of money” or “a substantial fortune”), will suffice.

[250] The test in Banks also requires that the testator comprehend on his own and in a general way the persons who would ordinarily have a claim on or are the natural objects of his estate. In evaluating this branch of Banks, the approach usually taken by the case law has been to assume that family members and individuals with a close personal relationship to the testatrix are entitled to her consideration. In Banks itself, the court upheld the will in part because it was made in favour of the testator’s niece who lived with him and was “the object of his affection and regard” (at 571).