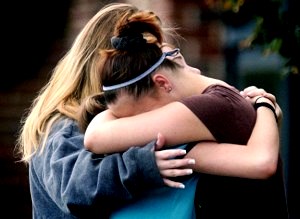 One of the glaring inequities in wrongful death claims in British Columbia is the failure of our legislation to provide authorization for the courts to make an award for compensation for individual grief suffering as a result of the loss of a close family member.

This can have disastrous results for parents who lose a child to the neglect or fault of another and are then informed there is no pecuniary award for grief-just financial loss.

It must be remembered, however, that the claim must be for actual psychiatric or emotional injury caused by (not just resulting from) the actionable conduct of the defendant. Because of the dichotomy between principle and policy, in many cases there have been several sets of reasons for judgments and many significant dissents. This makes the law exceedingly difficult to rationalize. As will be seen, the divergence of opinion has been settled in the United Kingdom by policy decisions of the House of Lords in Alcock v. Chief Constable of the South Yorkshire Police, [1991] 4 All E.R. 907 and White and Others v. Chief Constable of South Yorkshire and Others, [1999] 1 All E.R. 1 (H.L.). In White, at 41, Lord Hoffman formulated the circumstances in which recovery for psychological injury will be permitted:

(1). The plaintiff must have close ties of love and affection with the victim. Such ties may be presumed in some cases (e.g. spouses, parent and child) but must otherwise be established by evidence. (2) The plaintiff must have been present at the accident or its immediate aftermath. (3) The psychiatric injury must have been caused by direct perception of the accident or its immediate aftermath and not upon hearing about it from someone else. (Emphasis added)

[5] The foregoing, however, does not state the law of this Province. The Supreme Court of Canada, in a number of cases, has adopted the approach to liability enunciated in Anns v. Merton London Borough Council, [1977] 2 All E.R. 492 (H.L.)which has since been overruled in the United Kingdom, and there is a previous nervous shock decision of a five-judge panel of this Court which is binding upon us to the extent of that which it actually decides. One of the questions to be decided in the case at bar is whether that case, Rhodes v. C.N.R. (1990), 50 B.C.L.R. (2d) 273, precludes recovery by the plaintiffs.

[15] The first test for liability on the part of a defendant is reasonable foreseeability of particular harm as a consequence of his conduct. Thus, as was stated by Lord Denning in King v. Phillips, [1953] 1 All E.R. 617 (C.A.) at 623, “… there can be no doubt since Hay (or Bourhill) v. Young, [1942] 2 All E.R. 396 (H.L.), that the test of liability for shock is foreseeability of injury by shock.” As the cases show, however, this general proposition is directed not to the world at large, but only to that class of persons which might reasonably be within the contemplation of the alleged wrongdoer. It also seems clear that while foreseeability is one test for liability, it must be reasonable foreseeability, and that every foreseeable injury does not create a duty of care. This is confirmed by numerous judicial pronouncements, including a passage from the opinion of Lord Wilberforce in McLoughlin v. O’Brian, [1982] 2 All E.R. 298 (H.L.) to which I shall return later in these Reasons. At 303, that learned judge said:

That foreseeability does not of itself, and automatically, lead to a duty of care is, I think, clear. I gave some examples in Anns v. Merton London Borough [1977] 2 All E.R. 492 at 498…, Anns itself being one. I may add what Lord Reid said in McKew v. Holland & Hannen & Cubitts (Scotland) Ltd. [1969] 3 All E.R. 1621 at 1623: ‘A defender is not liable for a consequence of a kind which is not foreseeable. But it does not follow that he is liable for every consequence which a reasonable man could foresee.’

[16] One of the difficulties arising from the simple test of foreseeability is to determine how it is to be applied in particular circumstances. As already mentioned, some eminent judges believe nervous shock cases can be decided solely by reference to the principle of foreseeability. Other courts have taken the view that the application of the foreseeability principle is too open-ended and that “control mechanisms” are required. This is illustrated by a comment of Lord Bridge in McLoughlin (supra), at 313, that it is readily foreseeable that a significant number of mothers exposed suddenly to a casualty or the consequences of a casualty that causes the death of their children might break down under the shock of the event and suffer psychiatric illness. I note, however, that this comment includes a “control mechanism” by limiting its operation to the defendant’s foreseeability of harm by nervous shock not to the world at large, but only to mothers. This, of course, was only an example within the context of the case under consideration but it illustrates the two points of view.

[17] As already stated, in the U.K. the contest between pure foreseeability and “control mechanisms” has already been decided in favour of the latter in the opinions in Alcock and White, which I shall discuss below. In Canada, the Supreme Court of Canada in Kamloops v. Nielsen, [1984]2 S.C.R. 2, included a caveat about public policy negating a duty of care not to cause reasonably foreseeable injury. More directly, “control mechanisms” in nervous shock cases were actually imposed in Rhodes. Nevertheless, it may be useful to record briefly how the law has evolved incrementally in the United Kingdom and elsewhere.