Living Wills – Are They Worth Anything? 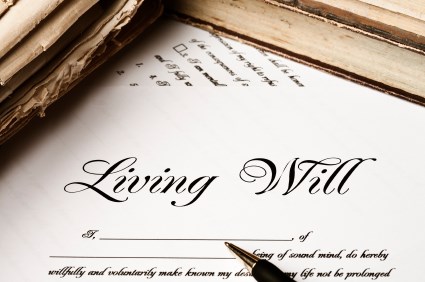 This news article taken from the National Post dated March 5,15 casts doubt on what value if any there is in living wills.

In theory, the commonly used form of a BC living will refers to not being kept  kept alive by heroic measures and to be allowed to die with dignity in as  painless death as possible, type paragraphs that express the personal choice of the “living will maker” as to how he or she wishes to die.

The Courts have a different view on the matter as per the said National Post article:

“Margot Bentley has become precisely what she feared, and tried to avoid. The 83-year-old B.C. woman is in the late stages of Alzheimer’s disease, which has rendered her powerless to clothe, feed or bathe herself and unable to recognize her husband or children. She is incontinent, physically rigid and has not spoken (beyond the odd utterance) in five years. She spends most of her time sitting in a chair or bed, slumped and mute, with her eyes closed. The cruel irony of her story is that Mrs. Bentley had worked as a nurse for much of her adult life, caring for people who met similar fates. She vowed not to let that happen.

In 1991, Mrs. Bentley signed a living will stating that if she ever reached a point of extreme physical or mental disability with no hope of recovery, she should be allowed to die. She requested no “heroic measures,” “no electrical or mechanical resuscitation” and no “nourishment or liquids.” If she were to become unable to make decisions on her own behalf, her husband or one of her daughters should serve as “proxy for the purpose of making medical decisions.”

Contrary to her expressed wishes, however, it is the B.C. judiciary — not her husband, or her daughter, or her previously expressed instructions — that is deciding the course of her ongoing care. Since 2009, she has been living at Maplewood House under the care of Maplewood Seniors Care Society, where she has and will continue to be fed on an order upheld by the B.C. Court of Appeal.

Last year, Mrs. Bentley’s family took their case to the B.C. Supreme Court in an effort to get Maplewood’s staff respect their mother’s wishes. The petitioners argued that spoon-feeding their mother and holding a glass to her lips amounted to “battery,” and argued that she was not capable of making the decision to accept food and drink. In his decision, however, Justice Bruce Greyell drew a distinction between “health care” and “personal care,” and concluded that feeding Mrs. Bentley was of the latter characterization. Mrs. Bentley’s living will contained directives about health care, not personal care, he said, and “it is not clear whether she intended [her proxies] to have authority to make personal care decisions.”

Furthermore, he noted, Mrs. Bentley is consenting to nutrition and hydration by accepting the food and drink when it is put to her mouth. The Court distinguished this from an automatic reaction, noting that there are times when Mrs. Bentley keeps her mouth closed despite being prompted, at which point Maplewood staff stop offering her nutrition. But faced with the possibility that Mrs. Bentley has, in fact, changed her mind, Justice Greyell ruled that the “Court must consider the possibility that Mrs. Bentley’s previously expressed wishes are not valid in the face of her current consent,” and ordered that she continue being fed. Mrs. Bentley’s family then took the issue to the B.C. Court of Appeal, though it too dismissed their appeal in a decision released just days ago.

As Justice Mary Newbury wrote in her decision on appeal, it is a grave thing to ask caregivers to allow, and watch, a patient to starve to death

There is plenty of reason for her family to be distraught: bureaucrats who never even knew their mother have entered their lives to rule on her care, despite her own written directives. And yet, it is almost as if the duelling sides are fighting over two different people who happen to share the same body: Mrs. Bentley’s family is fighting for the woman she was, the woman they knew, who never wanted to live as a shell of the person she used to be, and the Court and Maplewood Seniors Care Society are fighting for the woman she is now — however incapacitated she may appear — on the off chance that Mrs. Bentley is in there somewhere and still wants to stay alive. It’s tragic. Both sides are indeed looking out for Mrs. Bentley; they just have different ideas on who Mrs. Bentley actually is.

As Justice Mary Newbury wrote in her decision on appeal, it is a grave thing to ask caregivers to allow, and watch, a patient to starve to death. She is not fed via artificial means, such as a tube, which the Court agrees would be considered “health care,” not “personal care.” But physically, at least, she is still very much alive, so it is not entirely unexpected that the Court would err on the side of caution.

That doesn’t mean the decision is fair. Or necessarily right. Indeed, what good is a living will, if its directives won’t be respected? How can the Court properly assess whether someone is giving consent, or merely responding on physical impulse? Why should the inferred-upon behaviours of someone in the advanced stages of dementia trump the expressed wishes of the same individual, recorded and witnessed in a lucid state? And if there is a dispute, why should bureaucrats — not family — have the final say on a loved one’s ongoing care?

There are few absolute truths here, unfortunately, beyond the fact that when it comes to life and death, the Court simply tends to rule on the side of life. In the case of Mrs. Bentley, however, we’re just not sure which life we’re talking about. 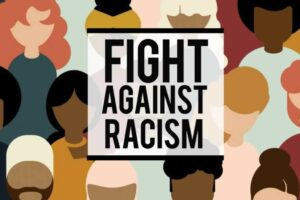