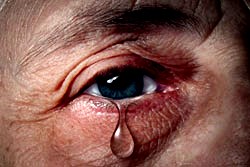 Miller v Miller Estate 2011 BCSC 29, involves a successful claim brought by an 86-year-old surviving spouse, who had few assets and a limited income when she married the testator in 2005.

The wife did however receive the testator’s financial assets of approximately $170,000 by right of survivorship.

The testator had 3 sons from the 1st marriage, and he left almost all of his estate to one son had very little to the other 2.

The court approach the plaintiff’s claim on the basis as to what she would have been entitled based on the notion of separation immediately before the testator’s death.

The court analyzed her claim on that basis, and found that the plaintiff would have been entitled to a half interest in the family assets, all of which were now estate assets, subject then to a significant reapportionment in favor of the deceased of 70%, to achieve fairness.

The court examined the relatively short length of the marriage, the role of the wife as a companion and helper to the deceased, as well as her financial circumstances.

The court concluded that she would have been entitled to minimal compensatory but primarily non-compensatory support under section 15.2 of the Divorce Act.

The court determined that an appropriate award for lump sum spousal support would have been $20,000.

The legal obligation owed to the plaintiff totalled $54,000.

Therefore the court awarded $75,000 out of the net sale proceeds of the matrimonial home, which together with the joint assets received of approximately $170,000, gave the plaintiff roughly 36% of the overall estate.

disinherited.com notes that there has in the past been some inconsistencies in the approach which the courts have taken when dealing with an elderly surviving spouse and the wills variation claim. ( In particular note the decision of the BC Court of Appeal in Crearer)

The trend by the courts in recent years, as witnessed by the approach taken by this judge, is to apply family law and divorce law principles to wills variation claims brought by surviving spouses.