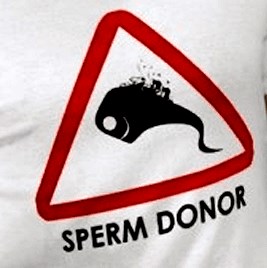 Lam vs the University of British Columbia 2013BCSC 2094, involved a class-action suit brought by hundreds of sperm donors that had stored their sperm with the defendant University, and their sperm was damaged as a result of the sperm freezer malfunctioning.

At issue was whether the complicated contract signed by each donor prevented that donor from bringing court action against the University due to an exclusion clause of liability.

The court underwent a very detailed analysis and concluded that the sperm was property, and that it was analogous to goods being stored in a warehouse, and the law has been clear for many years that the warehouseman cannot escape liability by inserting such a clause in the contract.

The court examined similar cases from various jurisdictions around the world and stated in part:

35. “The question as to whether sperm is property has been considered by a number of courts. In Yearworth, the Court of Appeal (Civil Division) considered a case with some similarity to the present action. The claimants were cancer patients who, before undergoing chemotherapy, provided sperm samples to the defendant hospital. The sperm were frozen and stored in liquid nitrogen but the samples thawed when the liquid nitrogen levels fell too low. The court rejected the hospital’s argument that the common law does not recognize a substance generated by the body as capable of being owned. It concluded the claimants owned the sperm and stated at para. 45:

In this jurisdiction developments in medical science now require a reanalysis of the common law’s treatment of and approach to the issue of ownership of parts or products of a living human body, whether for present purposes (viz. an action in negligence) or otherwise.

[36] In Yearworth, the court also concluded there was a gratuitous bailment of the sperm by the claimants, and that the hospital was liable to the claimants under the law of bailment.

[37] In Bazley, the Supreme Court of Queensland was asked to determine whether sperm stored by a hospital was property. The sperm was placed in storage when Mr. Bazley was diagnosed with cancer. After his death his wife sought an order preserving the sperm so that she could use it. The hospital took the position under national ethical guidelines that it was required to destroy the sperm as Mr. Bazely had not completed an instruction form transferring the right to use the sperm to his wife. Ms. Bazely argued that the sperm was property which was part of Mr. Bazley’s estate and that it passed to her under his will.

[38] After reviewing the relevant common law authority, including Yearworth and Palmer on Bailment, 3rd ed. (2009), the court concluded at para. 33:

The conclusion, both in law and in common sense, must be that the straws of sperm currently stored with the respondent are property, the ownership of which vested in the deceased while alive and in his personal representatives after his death. The relationship between the respondent and the deceased was one of bailor and bailee for reward because, so long as the fee was paid, and the contact maintained, the respondent agreed to store the straws.

[39] Two Canadian cases have considered whether sperm or frozen embryos are property. In C.C. v. A.W., 2005 ABQB 290, the court considered whether the respondent who had gifted sperm to the claimant for her to use for the conception of children could prevent her use of the embryos. The court found the respondent’s gift was unqualified and concluded at para. 21 that the fertilized embryos were the claimant’s property:

The remaining fertilized embryos remain her property. They are chattels that can be used as she sees fit. Mr. A.W. is not in a position to control or direct their use in any fashion. They shall be returned to Ms. C.C.. Conversely, as they are not Mr. A.W.’s property and he has no legal interest in them, he is not responsible for paying for their storage. That responsibility lies with Ms. C.C. who owns the embryos.

Further support for this position is found in the Yearworth case. This decision provided a much more detailed basis for a finding of sperm as property. As is acknowledged in that case, typically the common law did not allow for human beings, living or deceased, or their body parts and products to be considered property. This was, no doubt, for good reason. However, I agree with the court of appeal’s finding that medical science has advanced to a point where the common law requires rethinking of this point.

[41] These cases did not consider whether the term “property”, as used in legislation, could include sperm. They were concerned with whether the common law now regards stored sperm or embryos as property. That distinction is of no consequence to the analysis I must make in this case. Courts in a variety of jurisdictions have come to the conclusion that stored sperm is property. I agree with the conclusion arrived at in these cases. The frozen sperm at issue in this case is the property of the class members. The sperm was ejaculated, frozen and stored for the purpose of using it for conception. Applying the current state of the law of property to the definition in the WRAleads to a conclusion that frozen sperm is “goods”.

[42] The next step in the analysis is to ask if the purpose of the provisions in the WRA justifies the application of those provisions to the new definition of property. One of the purposes of the WRA was to codify the common law of bailment. Under the common law, a bailee is required to exercise the same care and diligence with respect to the bailed goods as a careful and vigilant person would exercise over his own similar goods in like circumstances. Sections 2(4) and 13 of the WRA effectively accomplish that. There is no reason why these provisions should not be applied to property that can be stored for reward which was not contemplated at the time the legislation was enacted. The purpose of requiring bailees to exercise adequate care and diligence applies equally to all kinds of property that can be stored for reward.

[43] The other step in the Cote analysis is to ask if the legislative provision in question is sufficiently general to permit its application to things unknown at the time of enactment. As I have already noted, the definition of goods is broad and inclusive. In other words, the provision is sufficiently general to apply to things unknown at the time of passage. There is no reason not to apply the provisions of the WRAto goods which fall within the current understanding of “all property other than things in action, money and land.”

[45] The thrust of UBC’s argument is that the conflict arises because it is an offence to sell sperm. Pursuant to s. 7(1) of the Assisted Human Reproduction Act, it is an offence to “purchase or advertise for the purchase of sperm or ova from a donor or person acting on behalf of a donor.” If a warehouser could issue a negotiable receipt or a transferrable nonnegotiable receipt for frozen sperm, UBC argues this would mean that the sperm could be sold or transferred. This would be contrary to the Assisted Human Reproduction Actand public policy. I reject this submission.

[47] The fact that a nonnegotiable receipt can be transferred similarly does not create a conflict or an absurdity. Rather, the holder of such a receipt could be subject to other laws or regulations. A warehouser who issues a receipt for a special class of goods would likely be aware of the existence of other statutory provisions, just as the Andrology Lab would be knowledgeable about laws relating to the transfer and use of sperm. It is for this reason that the Agreement contained specific provisions regarding delivery and use of the sperm.

[48] By analogy, the fact that it is an offence to transfer firearms except in accordance with law would not result in the conclusion that firearms are not “goods” or that the WRA does not apply to the storage of firearms. Rather, any sale or transfer of firearms would have to be made in accordance with other legislative provisions including the Criminal Code and the Firearms Act.