BC WILLS VARIATION ACT: Consideration of Benefits Passing Outside Estate 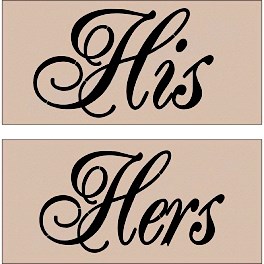 The British Columbia Wills Variation Act is the statute which permits an eligible claimant to contest a will. The class of claimants eligible to bring a wills variance claim includes any spouse, common-law spouse (f they cohabited for 2+ years) and any child of the Deceased, whether natural or adopted.

The B.C. Wills Variation Act permits a court to redistribute only those assets which would otherwise pass according to the terms of the Deceased’s last will, i.e. from the Deceased’s estate.

S. 2 of the Wills Variation Act reads, in part, as follows:

There may be, however, have been other lifetime benefits to the claimant for example education or interest free loans to a child. There may also be assets passing outside of the estate–for example insurance proceeds, benefits under pension plans or assets held in joint tenancy. Benefits and assets such as these, passing outside of the will, cannot be redistributed by the court under the terms of Wills Variation Act.

Sometimes the benefits passing outside estate are greater than those assets passing under the terms of the will. This may result deliberately as a result of estate planning (for example, to minimize probate fees or to avoid a wills variance claim)

In other cases, however, these benefits may an unplanned result–for example if the deceased dies as a result of a fatal accident, there may accidental death benefits payable under an insurance policy.

Although benefits passing outside estate will cannot be redistributed under a wills variance claim, the courts can properly take such benefits into account in determining what provision is “adequate, just and equitable in the circumstances” under s. 2 of the B.C. Wills Variation Act.

In Ryan v Delahaye Estate 2003 BCSC 1081, J. Daphne Smith concluded that inter vivos (life time) transfers and assets passing by right of survivorship pass outside the estate, and are therefore not subject to a wills variance claim. Nevertheless she ruled that the court can consider them when assessing, from the perspective of a judicious person, whether a parent has met his or her moral obligations to an adult child.

In this case Smith, J. considered that the Deceased parents had paid for their son’s education and made interest-free loans to him. The parents had not provided similar benefits to their daughter. Smith J. found that the 80/20 split in the will (lion’s share to the son) did not provide proper maintenance and support for the daughter. She ruled that an adequate, just and equitable distribution would give the daughter an equal share of the residue of the estate. Smith J. accordingly varied the will to divide the residue equally between the two children.

In Inch v. Stead Estate 2007 BCSC 1249, 36 E.T.R. (3d) 79. Mr. Justice Wilson considered the question of whether the court could consider property passing outside of the estate. In this case, the property in question was a term deposit in joint names with a right of survivorship.

69. It thus appears that, although transfers passing outside of the Will are not part of the estate, the effect of such gifts can be considered in determining to what extent, if any, the court should vary the distribution under the Will.

70. “I thus conclude that, although inter vivos dispositions, and assets passing as a result of a right of survivorship pass outside the estate, and are thus not subject to a claim under the Wills Variation Act, the court can consider them when assessing, from the perspective of a judicious person, in the circumstances, whether a parent has met her moral obligations to an adult child.”

In Viberg v. Viberg Estate , the Deceased had executed his will 26 years before his death. At that time he was married with young children. He and his wife separated in 1992 but remained on good terms, until his sudden death.

Upon the Deceased’s death, his entire estate passed under the will to his estranged wife. She also received a CPP pension and insurance benefits of $382,500 outside of the estate

The court specifically followed the reasoning of the Inch decision and held that because a substantial amount of life insurance was received by the wife on her estranged husband’s death, these monies should be considered when assessing, from the perspective of a judicious parent, whether the deceased had met his moral obligations to his adult children.

The two adult children argued that they should receive $100,000 each out of the estate of their late father. At paragraph 45 of the reasons for judgment, Justice Chamberlist stated in response “that submission would put the insurance proceeds that passed outside of the estate on the same footing as assets that passed within the estate.”

His Lordship continued “as I understand the law, the insurance proceeds and CPP benefits that passed should only be considered when assessing what (the deceased), as a judicious person, would have considered adequate, just and equitable for his adult children”.

The court divided the estate on the basis of that the estranged wife received an additional $149,000 from the estate, with the balance of $168,000 being equally divided among the children.

Although the courts will consider gifts passing outside of the estate, there is still a very wide discretion as to what effect that ought to have. In other words just because one heir has received $ 100,000 outside of the estate does not mean that their estate share ought to be reduced by that amount.

From a practice point of view, lawyers bringing a wills variance claim should investigate all previous benefits given to the parties and any benefits arising as a result of the death to the Deceased, whether or not arising directly under the will. This may include insurance proceeds, pension benefits, property passing by right of survivorship, designated beneficiaries of pensions, and the like. That information and those records are clearly relevant to a wills variance clai under the BC Wills Variation Act.