Legal And Moral Obligations Under the Wills Variation Act 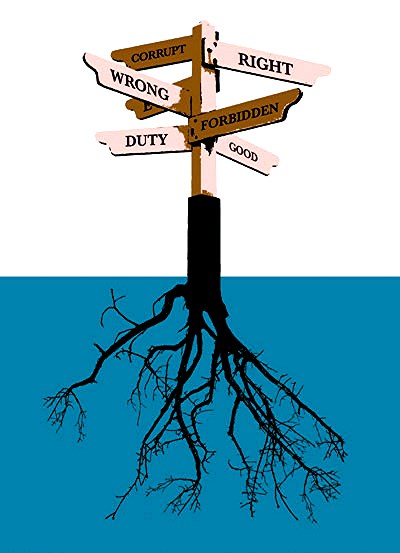 The Supreme Court of Canada, in clarifying the principles to be applied, in the  Tataryn case ( see footnote 1) referred to two societal norms which provide a guide to what is “adequate, just and equitable” in the circumstances of each case.

(1) legal obligations, which are the obligations which the law would impose on a person during his or her lifetime were the question of provision of the claimant to arise;2 and

(2) moral obligations, which are society’s reasonable expectations of what a judicious person would do in the circumstances, by reference to contemporary community standards.3

With respect to legal obligations, maintenance and property allocations which the law would support during the testator’s lifetime should be considered. Where provision for a spouse is in issue, the testator’s legal obligations, while alive, may be found in the Divorce Act, family property legislation and the law of  unjust enrichment, which may be enforced by the imposition of a constructive trust.

The legal obligation of a testator may also extend to dependant children and does extend to minor children, and, in some cases, the principles of unjust enrichment may indicate a legal duty toward a grown, independent child by reason of the child’s contribution to the estate.

Where priorities between conflicting claims must be considered, claims which would have been recognized during the testator’s life should generally take precedence over moral claims.

The moral claim of independent adult children is more tenuous than the moral claim of spouses or dependent adult children, although, if the size of the estate permits, some provision for adult independent children should be made.7
1
Tataryn v. Tataryn Estate (1994), 3 E.T.R. (2d) 229 (S.C.C.); reconsideration refused (1994), 5 E.T.R. (2d) 210 (note) (S.C.C.); (testator leaving remainder interest in matrimonial home and in residue of estate and gift of rental property but intentionally disinheriting elder son; trial judge revoking gift of rental property, giving each son $10,000 out of residue of estate immediately and dividing residue one-third to elder son and two-thirds to younger son on death of widow; testator having no more legal obligation towards sons and award by trial judge satisfying any moral obligation).
2
Glanville v. Glanville (1998), 25 E.T.R. (2d) 258 (B.C. C.A.) (court considering division of assets, length of marriage, wife’s contribution to maintenance and upkeep of residences, and testator’s obligation to pay spousal maintenance if parties had separated during marriage);
LeClair v. LeClair Estate (1998), 22 E.T.R. (2d) 1 (B.C. C.A.) (wife not entitled to more than one-half of family property while husband alive; wife not likely entitled to more than one-half of estate); Warwick (Guardian ad litem of) v. Warwick Estate (1996), 11 E.T.R. (2d) 129 (B.C. S.C.) (amount received to be measured against what spouse would receive if testator divorcing spouse rather than dying);
Wilcox v. Wilcox (2000), 2000 CarswellBC 1798 (B.C. C.A.) (unjust enrichment creating legal obligation on part of testatrix to daughter not met by will); Erlichman v. Erlichman Estate (2002), 2002 CarswellBC 440 (B.C. C.A.) (testator giving half of estate to his son absolutely and income of other half to wife for life, to be divided among her son’s living children upon her death; disposition failing to adequately address legal obligations of testator to wife of 54 years; wife entitled to half of estate to be paid outright to her); see also Stang v. Stang Estate (1998), 1998 CarswellAlta 186 (Alta. Q.B. [In Chambers]) (determination not based solely on need as spouses entitled to equitable share of estate even in absence of need; factors for consideration include support factors listed in s. 15(5) of Divorce Act).