What Constitutes a Marriage-Like Relationship? 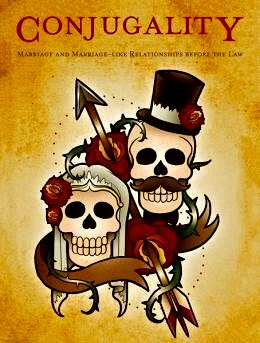 Campbell v Campbell 2011 BCSC 1491 is a family law, common-law relationship of approximately 5 years that again reviews the various criteria as to what constitutes a common-law marriage.

The parties cohabited unmarried for approximately February 1998 two spring 2002. The female worked the odd job, was primarily financially dependent on her male partner, and she spent most of her time with duties around the home including assisting all the children in the blended family from time to time. Her household activities occupied much of her time. Her husband worked at his job full-time work in a considerable number of hours per week.

One of the issues was that prior to getting married, the parties entered into a marriage agreement, After reconciling after approximately 1 years separation,the parties ultimately married in August 2005. The relationship continued on in much the same basis.

The court at paragraph 39 makes a clear statement that in the eyes of the law, spouses are individuals who are either married to one another or living in a marriage-like relationship. Marriage-like is not defined in the family relations act or in estate litigation estate law for that matter, and thus the meaning has largely been developed through case law.

… If each partner had been asked, at any time during the relevant period of more than two years, whether, if their partner were to be suddenly disabled for life, would they consider themselves committed to life-long financial and moral support of that partner, and the answer of both of them would have been ‘Yes’, then they are living together as husband and wife. If the answer would have been ‘No1, then they may be living together, but not as husband and wife.

Of course, in the particular circumstances of any case, the answer to that question may prove elusive. If that is so, then other, more objective indicators may show the way. Did the couple refer to themselves, when talking to their friends, as husband and wife, or as spouses, or in some equivalent way that recognized a long-term commitment? Did they share the legal rights to their living accommodation? Did they share their property? Did they share their finances and their bank accounts? Did they share their vacations? In short, did they share their lives? And, perhaps most important of all, did one of them surrender financial independence and become economically dependent on the other, in accordance with a mutual arrangement?

[42] In Molodowich v. Penttinen, [1980] O.J. No. 1904,17 R.F.L. (2d) 376 (Dist. Ct), the Court delineated the type of objective factors that might point to the existence of a marriage-like relationship. Such factors include: their living and sleeping arrangements; their sexual and personal behaviour; how they divided domestic tasks; whether and how they interacted with their respective families and communities; whether they held themselves out as a “couple”; whether one spouse relied on the other for financial support; and their conduct and attitude towards children.

[58] It is understandable that the presence or absence of any particular factor cannot be determinative of whether a relationship is marriage-like. This is because equally there is no checklist of characteristics that will invariably be found in all marriages. In this regard I respectfully agree with the following from the judgment of Ryan-Froslie J. in Yakiwchuk v. Oaks, 2003 SKQB 124 [Yakhvchuk]:

[ 10] Spousal relationships are many and varied. Individuals in spousal relationships, whether they are married or not structure their relationships differently. In some relationships there is a complete blending of finances and property – in others, spouses keep their property and finances totally separate and in still others one spouse may totally control those aspects of the relationship with the other spouse having little or no knowledge or input. For some couples, sexual relations are very important – for others, that aspect may take a back seat to companionship. Some spouses do not share the same bed. There may be a variety of reasons for this such as health or personal choice. Some people are affectionate and demonstrative. They show their feelings for their “spouse” by holding hands, touching and kissing in public. Other individuals are not demonstrative and do not engage in public displays of affection. Some “spouses” do everything together – others do nothing together. Some “spouses” vacation together and some spend their holidays apart. Some “spouses” have children – others do not. It is this variation in the way human beings structure their relationships that make the determination of when a “spousal relationship” exists difficult to determine. With married couples, the relationship is easy to establish. The marriage ceremony is a public declaration of their commitment and intent. Relationships outside marriage are much more difficult to ascertain. Rarely is there any type of “public” declaration of intent. Often people begin cohabiting with little forethought or planning. Their motivation is often nothing more than wanting to “be together”. Some individuals have chosen to enter relationships outside marriage because they did not want the legal obligations imposed by that status. Some individuals have simply given no thought as to how their relationship would operate. Often the date when the cohabitation actually began is blurred because people “ease into” situations, spending more and more time together. Agreements between people verifying when their relationship began and how it will operate often do not exist.

[37] In summary, in undertaking an analysis of whether persons are living together as spouses, the court must examine the relationship as a whole and consider all the various objective criteria referred to in the authorities. The presence or absence of one particular factor will not be determinative. The court must recognize that each relationship is unique and, in applying a flexible approach within the context of the particular relationship, make a determination as to whether the parties intended to and were living in a marriage-like relationship.