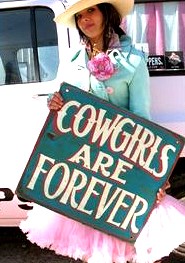 Mars v Bain Estate 2011 BCSC 1714 involves a claim brought by a 91-year-old female spouse who had lived in a marriage like relationship with the deceased for the last nine years of his life. She brought a court case contesting the will in BC.

The deceased died at age 84 years leaving an estate valued at approximately $1.5 million, and a 62-year-old son who was vocationally and economically vulnerable. He had no income and no property and had been dependent on the estate for his living expenses for at least eight months.

The plaintiff had almost no assets but did have adequate pension income after the death of the plaintiff.

The deceased’s will left the plaintiff a life estate in the home that they shared plus an additional $50,000.

The court varied the will and gave the plaintiff an additional $150,000 and otherwise left the will unchanged.

The court noted that the deceased and the plaintiff did not engage in a sharing of assets or significant economic contributions to the estate other than sharing the home previously owned by the deceased.

The court adopted some of the criteria as stated in the Court of Appeal decision Picketts vs Hall 2009 BCCA  329 with respect to some of the helpful factors in assessing the moral obligations of the testator towards the spouse:

1) the absence of a legal obligation to the testator’s children;

2) the length of the marital relationship;

3) the agreement of the spouse to give up a career depriving him or her of the opportunity to accumulate in the estate of his or her own;

4) the necessity of the spouse to dip into his or her savings to supplement living expenses the testator had agreed to provide;

5) the lengthy period of loving and effective care provided by this post to the testator during his or her decline;

6) the size and liquidity of the estate.

While disinherited.com cannot categorically state that the decision is incorrect in any way, it is our opinion that the award is slightly on the lower side, undoubtedly due to the advanced age of the plaintiff and the lack of evidence as to her need.