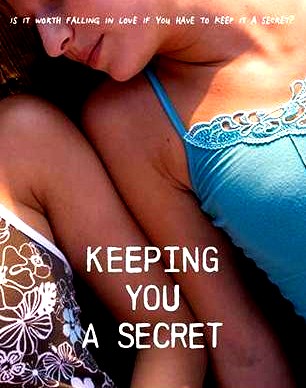 Chowdhury v Argenti et al 2007 BCSC 1207 involved an unjust enrichment/wills variation  claim by a homosexual lover of 14 years with the deceased, that was dismissed on the basis that their relationship was entirely secret and they did not hold themselves out to the public as a married couple.

The deceased in fact was a secret homosexual in a secret relationship who for 66 years portrayed himself as a heterosexual man, a macho  longshoreman, and a member of the Italian Catholic community. He had three children and left his entire estate to one daughter whom he was very close to. He left nothing for the plaintiff who brought an action under the wills variation act cleaning to be a spouse, who is not adequately provided for.

The court dismissed the claim on a number of reasons, including a large stash of pornography that the deceased had relating to “call boys” both in Vancouver and in Asia, that gave the court the impression that their relationship was not exclusive from the perspective of the deceased.

The court found that there was no basis for a claim in unjust enrichment and reviewed the law relating to that claim, and then also dealt with the claim under the wills variation act.

I doubt the case would be decided differently today, but in terms of same-sex claims in 2015, that seems like a long time ago. The court had the following comments:

56]            There is no question that Mr. Chowdhury devoted his life to Mr. Argenti for many years.  Understandably, he was hurt and upset by the complete failure of Mr. Argenti’s family and friends to accord him any recognition as an intimate friend of Mr.  Argenti.  He testified that “my problem is that they ignored me, maybe because I am a homosexual man.”  On the other hand, Mr. Argenti’s family and friends were stunned by the realization that he had been a closet homosexual.  For 66 years, he had portrayed himself as a heterosexual man, a “macho” longshoreman, and a member of the Italian Catholic community.

[57]            The fact that Mr. Chowdhury and Mr. Argenti did not cohabit in a marriage-like relationship for the two years preceding Mr. Argenti’s death is fatal to Mr. Chowdhury’s claim that they were spouses.  However, I am not prepared to accept the defendant’s submissions that the authorities relating to opposite-sex common-law relationships are wholly applicable to same-sex relationships.  Mr. King cites Tanouye v. Tanouye, [1994] 2 W.W.R. 735 (Sask. Q.B.):

The authorities seem to indicate that a common law relationship or marriage requires perhaps not all but at least a majority of the following characteristics:  economic interdependence including an intention to support; a commitment to the relationship, express or implied, for at least an extended period of time; sharing of a common principal residence; a common desire to make a home together and to share responsibilities in and towards that home; where applicable, shared responsibilities of child rearing; and a sexual relationship.  As well, it appears that, superimposed on the relationship, there should be the general recognition of family, friends, and perhaps to some extent the larger community, that the particular man and woman appear as a “couple”, i.e., a family unit.

I find on the whole of the evidence, the parties did not generally refer to themselves as being married and were not generally regarded within their communities as actually living common law or in any marriage like relationship.