Wills Variation- The Legal Obligation to Provide For Infants 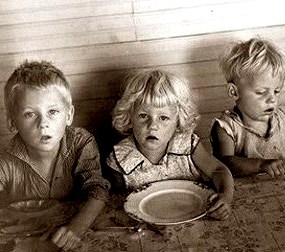 Heatherfield ( Litigation Guardian of) v Heatherfield Estate 2015 BCSC 505    is one of the few reported cases as to of what constitutes adequate provision for a minor, dependent child beyond the decision in Cameron (Public Trustee of) v. Cameron Estate (1991), 41 E.T.R. 30 (B.C.S.C.) [Cameron].

The deceased died suddenly at age 53 leaving to infant children, and a will leaving his entire estate of approximately $1.2 million to a former common-law partner.

The will obviously did not adequately provide for the two infant children, and as the introductory sentence stated, there has been very little judicial interpretation of just how much is required to satisfy the claims of a minor and dependent child, as opposed to the many decisions relating to the adequacy of an adult independent child that have been decided.

The court held that the deceased failed to fulfil the legal or moral obligations of the contemporary judicious parent by leaving the entirety of his substantial estate to his former spouse to whom he owed no legal or moral duty, on whom he was not relying, and with whom he did not have an agreement as to how she would subsequently provide for the children.

Only the children had the standing to bring the claim under the wills variation act, which the Public Guardian and trustee did on their behalf.

The mother  strongly objected to the Public Guardian and Trustee being the continuing trustee for the children, and asked that she herself the appointed in that capacity.

Mdm. Justice Ballance varied the entire will to divided equally between the two minor children and allowed the mother to be the appropriate trustee.

[68]         In the course of his reasons, the trial judge described Cameron as the first of its kind.  While it is accurate to say that it was a test case, the issue of launching a will variation claim on behalf of minor children where the estate was bequeathed to the surviving parent, had been briefly canvassed in the earlier decision of Re Malat (B.C.S.C., Vancouver Registry No. X8945/75, Meredith J. 18 August 1975, Unreported) [Malat].

[69]          In Malat, the Public Trustee applied under the now repealed Equal Guardianship of Infants Act to be appointed guardian of the deceased’s two minor daughters for the limited purpose of bringing an application under the predecessor legislation to the WVA.  The application was dismissed on a technical ground.  Although the court was not required to confront the variation issue on the merits, in dismissing the application, Meredith J. remarked unfavourably, in obiter dicta, about the prospect of such proceedings pitting the children against their mother, triggering unwanted legal costs and the risk of family discord.  Commenting that the possible disruption might be more harmful to the children than any benefit they might receive from the estate, Meredith J. continued at p. 2:

I have not the slightest reason to suppose that Mrs. Malat would do other than the best for all her children during her lifetime, nor should I speculate that she will do other than make adequate provision for her children out of what may remain of her assets, including those inherited from her husband on her death.

Accordingly, as I am inclined to the view that the order sought would detract from rather than advance the interest of the two children, the order is refused.

[70]         Although Malat does not appear to have been drawn to the attention of the trial judge in Cameron, he echoed many of the sentiments expressed by Meredith J.

[72]         In my opinion, Cameron is neither binding nor persuasive authority in determining whether the Deceased adequately provided for his two minor children.

[73]         In the first place, the facts in Cameron are readily distinguishable in a meaningful way from the case at hand.  More crucially, Cameron was decided before Tataryn clarified and refined the analytical approach.  In my respectful view, the teachings of Tataryn have affected the validity of Cameron insofar as it purports to be authoritative for the broad proposition that a variation claim brought by a minor child is doomed to fail where the surviving parent is the sole or primary beneficiary and has cared for that child, in factual situations of the kind present here.

[74]         Only Zachary and Shanon, ages 12 and 9 respectively at the time of trial, have standing to bring a claim under the WVA with respect to the Will.  That the Deceased owed them a legal duty is undisputed and is underscored by the fact that, at the time of his death, he was obligated by court order to pay child support and contribute toward their special and extraordinary expenses.  Similarly, there can be no question but that he also owed his minor and financially dependent children a moral duty.