WESA and the Wills Variation Act 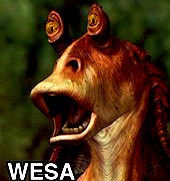 WESA and the WILLS VARIATION ACT

The report proposed that the rights of adult children to make a claim under the Wills Variation Act   (WVA) only when the said adult was a student or could not be self-supporting by reason of illness, mental or physical disability, or other special circumstances.

The report in essence removed the moral obligation of a parent to provide for an adult self-supporting child.

In the writer’s opinion this was the most significant and controversial recommendation in the report, and after much debate, this recommendation was eventually withdrawn.

Fundamentally there have been no substantive changes to the WVA itself that would in any way limit the right of an adult independent child to make a claim under the WVA on the basis that the deceased breached his or her moral obligation to provide for the adult child.

There were however several changes that must be noted, the most significant perhaps being the change in the definition of “spouse “in itself.

WESA  will apply to all deaths after March 31, 2014, regardless of when the deceased’s will was executed.

The significance of the change in the definition of “spouse” is not only does it create a spousal relationship by living in a marriage like relationship for at least two years immediately before the death of one of the spouses, but it also stipulates when a spouse ceases to be a spouse, namely:

Accordingly married spouses will lose their right to claim under the WVA after the expiration of two years separation.

A common-law marriage must still be in the marriage like relation at the will maker’s death in order to qualify as a claimant.

The Variation of Wills is found in Division six of WESA,  sections  60-72.

Section 61 has two changes in the time limitations:

Section 64 has made a significant change to former section 7 of the WVA, to now allow the court to transfer a property or to establish a trust .

Section 66 is a new provision that expressly allows the court to order the suspension of the administration of the deceased estate in whole or in part,, and part B allow six sending any part of the will maker’s estate from the effect of an order under section 60 that provides for maintenance from the estate.

Section 69 now provides that the time period before a transfer of property to a beneficiary can be registered in the land title office without the consent of the other beneficiaries, or a court order, has been changed from six months to 210 days.

Fundamentally, in terms of the statutes that are being changed and incorporated into WESA, the least affected of them all are the provisions of the Wills Variation Act.