Elderly Spouse Awarded The Home and Half of the Residue 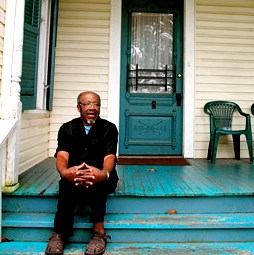 Orr v Orr 2013 BCSC 208 is a wills variation action d brought by an 82 year old surviving spouse who was not adequately provided for in her husband’s last will, and whom was awarded the house and half the residue.

He died at age 78 and left his spouse and 6 children. The assets were the home worth $417,000 and adjacent acreage worth $780,000. In his will, he left the home to one son wiht a life estate to his wife for the remainder of the time she lived in the home., and the estate residue to the wife. Both the spouse and one daughter, who both lived modestly and had health issues, brought action to vary the will. The daughter supported her mother’s application. The wife testifies she may ahve to soon move intop assisted living and wihtout the ability to sell the home, she lacked the financial mewans to pay for her care. Expert evidence was accpeted by the court that the acreage could take years to sell. The court varied the will to provide the wife with the house and %50 of the residue , and %25 of the residue to the daughter and the son.The leading authority on the manner in which this section is to be applied is Tataryn v. Tataryn Estate. McLachlin J. (as she then was), writing for the court, noted the two interests protected by the Act, one being to ensure “adequate, just and equitable” provision for spouses and children, and the other being respect for testamentary autonomy. What amounts to “adequate, just and equitable” provision is to be assessed in light of contemporary standards. Doing so involves addressing two norms. McLachlin J. described these two norms at para. 28, writing:

[28] …first are the obligations which the law would impose on a person during his or her life were the question of provision for the claimant to arise. These might be described as legal obligations. The second type of norms are found in society’s reasonable expectations of what a judicious person would do in the circumstances, by reference to contemporary community standards. These might be called moral obligations, following the language traditionally used by the courts. Together, these two norms provide a guide to what is “adequate, just and equitable” in the circumstances of the case.

[30] Finally, in terms of a hierarchy within which to address these competing interests and claims, McLachlin J. held that testamentary autonomy must give way to the “adequate, just and equitable” provision of a spouse or children. As between competing legal and moral obligations of the testator, the former will generally prevail over the latter. The moral obligations are to be given weight according to their relative strengths and weaknesses taking into account the changes to the claims which arise from the fact of the testator’s death.

[31] Thus, Tataryn v. Tataryn Estate mandates a two-stage analysis. At the first stage, the issue is whether the Will makes “adequate, just and equitable” provision for the applicant spouse or child. If so, that is the end of the matter. If not, the second stage requires the court to consider what would be an “adequate, just and equitable” provision.

[32] The facts in the two cases noted above are sufficiently similar to those in the matter at hand that some guidance can be taken from their results. In Tataryn v. Tataryn Estate, the deceased and his spouse had been married for 43 years. They had two children. The deceased held all of their assets in his name. His estate was worth just over $300,000 and consisted of his home, a rental property and approximately $125,000 in cash. Mrs. Tataryn had about $125,000 in her name. He wished to disinherit one of his sons and explained why in a clause in his Will. Because he was concerned that if he left his estate to his wife she would benefit the son he wished to disinherit, he left his entire estate to his favoured son, save for granting his spouse a life estate in the family home and making her a beneficiary of a discretionary trust of the income from the residue of his estate.

[33] Both Mrs. Tataryn and the disinherited son applied under the Wills Variation Act. The trial judge varied the Will granting Mrs. Tataryn a life estate in the rental property (thus providing her with an assured income). He directed an immediate gift of $10,000 to each son and ordered that on Mrs. Tataryn’s death, the residue of the estate be divided two-thirds to the favoured son and one-third to the other son. The Court of Appeal made minor adjustments to this order.

[34] The Supreme Court of Canada, applying the principles set out above, gave Mrs. Tataryn title to the family home; they also gave her a life interest in the rental property and the entire residue of the estate, save for immediate gifts of $10,000 to each of the sons. Upon the expiration of Mrs. Tataryn’s life interest in the rental property, that property was to pass to the sons in the same proportions as the trial judge sought to divide the residue.

[35] Counsel for Mrs. Orr points to Hall v. Korejwo in support of his position. In that case, the claimant common law spouse had been in a relationship with the deceased for about four years when he died. He was 20 years her senior. The deceased had two sons, from whom he had been estranged at various points during his life. By his Will, he purported to leave $10,000 to one of his sons, nothing to the other (because he had gifted him $93,000 prior to his death), and the residue to his common law spouse.

[36] The Hall estate was worth $438,000. The trial judge, on the application of one of his sons, varied the Will to provide that the common law spouse’s interest was a life interest only and that, upon her death, the residue was to go to the applicant son. Mr. Hall’s son was disabled and living in subsidized housing. He was unable to work and had assets totalling $90,000. The common law spouse had a modest pension income and few assets.

[37] The Court of Appeal allowed the appeal and increased the gift to the son from the $20,000 the trial judge thought proper to $60,000, and left the entire residue to the common law spouse. Thus, the common law spouse received the bulk of the estate. Significant to her moral, if not legal, claim was the fact that Mr. Hall had promised to “look after” her both when she moved in with him and later when he prepared his first Will. She had cared for him during his terminal illness.

[38] With the foregoing in mind, I turn to Mrs. Orr’s claim. Under the Will, she receives everything except the house. In addition, she has the right to live in the house as long as she is able to. As to Mrs. Orr’s legal claim, like Mrs. Tataryn, while Mr. Orr’s legal obligation to her had not crystallized by the time he died, the obligation existed. Had they separated, there is little doubt she would have shared in all the assets of the estate and been entitled to reasonable support. Like Mrs. Tataryn, she is entitled to at least that much upon her husband’s death. Also like Mrs. Tataryn, Mr. Orr owed Mrs. Orr a moral obligation. That obligation was to provide for her during the years remaining to her. While there is no direct evidence on the point, I infer that Mr. and Mrs. Orr regarded their accumulated assets as there for their remaining years.