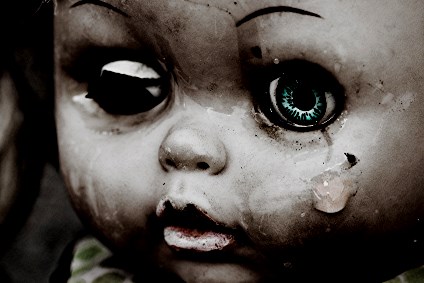 A willmaker, (formerly known as a testator), owes both a Legal and a Moral obligation to an infant child.

In B. v. Taylor 2008 BCSC 1498 is one of the surprisingly few cases to discuss what the appropriate division of an estate is when considering an infant child or children. The deceased left his entire estate to his common-law spouse. The deceased had a love child with another woman just a few years before he died. They never met.

The case was essentially one of that between the infant child and the common-law spouse as to the apportionment of $1 million estate.

The court ruled that the defendant’s submission that the value of the deceased child should be based on the amount of child support over the child’s life, was held by the court to not be helpful as it was only calculated as the lowest amount that would have been payable.

The Court essentially followed the leading case and awarded the infant child 65% of a $1 million estate:

7      Tataryn v. Tataryn Estate, [1994] 2 S.C.R. 807 (S.C.C.) is the governing authority. In Tataryn, the Court considered the language of s. 2 of the Wills Variation Act and the words “adequate, just and equitable”. McLachlin J., who delivered the judgment of the Court, stated that the obligations which the law would impose on a person during his or her life must be the first consideration. As to such obligations, she stated at paras. 821-22:

… It follows that maintenance and property allocations which the law would support during the testator’s lifetime should be reflected in the court’s interpretation of what is “adequate, just and equitable in the circumstances” after the testator’s death.

8      Reference was then made to the testator’s moral duties towards a spouse and children. Speaking of the standard by which to judge moral duties, McLachlin J. stated at paras. 822-23:

… Nevertheless, the uncertainty, even in this area, may not be so great as has been sometimes thought. For example, most people would agree that although the law may not require a supporting spouse to make provision for a dependent spouse after his death, a strong moral obligation to do so exists if the size of the estate permits. Similarly, most people would agree that an adult dependent child is entitled to such consideration as the size of the estate and the testator’s other obligations may allow. While the moral claim of independent adult children may be more tenuous, a large body of case law exists suggesting that, if the size of the estate permits and in the absence of circumstances which negate the existence of such an obligation, some provision for such children should be made ….

How are conflicting claims to be balanced against each other? Where the estate permits, all should be met. Where priorities must be considered, it seems to me that claims which would have been recognized during the testator’s life — i.e., claims based upon not only moral obligation but legal obligations — should generally take precedence over moral claims. As between moral claims, some may be stronger than others. It falls to the court to weigh the strength of each claim and assign to each its proper priority. In doing this, one should take into account the important changes consequent upon the death of the testator. There is no longer any need to provide for the deceased and reasonable expectations following upon death may not be the same as in the event of a separation during lifetime. A will may provide a framework for the protection of the beneficiaries and future generations and the carrying out of legitimate social purposes. Any moral duty should be assessed in the light of the deceased’s legitimate concerns which, where the assets of the estate permit, may go beyond providing for the surviving spouse and children.