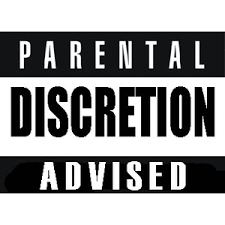 Judges have a broad discretion in their judicial interpretation of wills variation cases and generally speaking, a litigant cannot appeal finds of fact made by the trial Judge after exercising that discretion.

Appeal court are reluctant to substitute their discretion for that of the trial judge.

The 5 Judge  Appeal Court panel in Kish v Sobchak Estate 2016 BCCA 65 over turned a finding of fact by the trial Judge that the plaintiff was in financial need when the appeal court found that she owned a house and had not utilized the equity in it for living expenses. The Court held that a discretionary decision of a lower court will be reversible where that court misdirected itself or came to a decision that is so clearly wrong that it amounts to an injustice.

According to my definition, an issue falls within a judge’s discretion if, being governed by no rule of law, its resolution depends on the individual judge’s assessment (within such boundaries as have been laid down) of what it is fair and just to do in the particular case. He has no discretion in making his findings of fact. He has no discretion in his rulings on the law. But when, having made any necessary finding of fact and necessary ruling of law, he has to choose between different courses of action, orders, penalties or remedies he then exercises a discretion. It is only when he reaches the stage of asking himself what is the fair and just thing to do or order in the instant case that embarks on the exercise of a discretion.

I believe this definition to be broadly consistent with the usage adopted in statutes. [At 36; emphasis added.]

Lord Bingham also explains that fact-finding is not “discretionary”, although some judges have described it as such. In his words:

… it is one thing to say that the responsibility of finding the facts is entrusted to a particular person or body, be he judge, arbitrator, official or public authority, and that such finding is to be treated as conclusive or virtually so. But it is quite another to describe that function as discretionary. It is, I suggest, nothing of the kind. In finding the facts the judge’s job is to consider all the conflicting evidence this wav and that and decide as best he can where the truth lies. It is very much the task performed, for instance, by the historian or the journalist as part of his stock in trade. The judges of course are constricted by formalities and rules of evidence which do not afflict them.

On the other hand, he has powers of compelling testimony which they would envy. It is none the less essentially the same function. Yet to say of a historian or journalist that he exercised a discretion in reaching conclusions of fact would, I suggest, be regarded as a libellous. The judge must exercise judgment, not discretion, in finding the facts, and it is usually the most difficult and often most exacting task which the civil trial iudae has to undertake. [At 37; emphasis added.]

[34]      The standard of review applicable in Canada to the exercise of judicial discretion is found in Friends of the Oldman River Society v. Canada (Minister of Transport) [1992] 1 S.C.R. 3. There La Forest J. wrote for the majority:

The law as to the reversal by a court of appeal of an order made by the judge below in the exercise of his discretion is well-established, and any difficulty that arises is due only to the application of well-settled principles in an individual case. The appellate tribunal is not at liberty merely to substitute its own exercise of discretion for the discretion already exercised by the judge. In other words, appellate authorities ought not to reverse the order merely because they would themselves have exercised the original discretion, had it attached to them, in a different way. But if the appellate tribunal reaches the clear conclusion that there has been a wrongful exercise of discretion in that no weight, or no sufficient weight, has been given to relevant considerations such as those urged before us bv the appellant, then the reversal of the order on appeal may be justified.

Second, in declining to evaluate, difficult as it may have been, whether or not the failure to render natural justice could be cured in the appeal, the learned trial judge refused to take into consideration a major element for the determination of the case, thereby failing to exercise his discretion on relevant grounds and giving no choice to the Court of Appeal but to intervene. [At 76-7; emphasis by underlining added.]

This standard was affirmed and supplemented more recently in Penner v. Niagara (Regional Police Services Board) 2013 SCC 19, where the Court stated:

A discretionary decision of a lower court will be reversible where that court misdirected itself or came to a decision that is so clearly wrong that it amounts to an injustice: