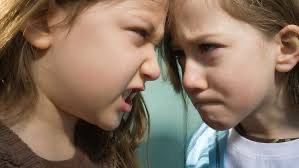 Scurek v Scurek 2020 BCSC 450 is an excellent plaintiff’s wills variation action involving a contested will between two siblings and the children of the claimant.

The claimant was a daughter who had had an unfortunate life relating to poor relationships and alcoholism, who at age 58 was disabled, destitute, owned no assets, made minimal income, a grade 9, education, and no marketable skills.

The defendant brother had previously worked with his parents in business, and owned investments that his mother managed for him. He had suffered serious motor vehicle accidents that left him confused as a result of cognitive injuries and was unemployable. He had been able to assemble assets of as much as $3 million prior to him inheriting a further $960,000 under the will.

The court found that the parents had gifted him a home in 1985 that is now worth approximately $1 million. The will left 50% to the son, and 50% divided into three equal shares, one for the daughter, and one share for each of her two children. The daughters 1/6 of bequest was valued at $271,000, based on an approximate value of $1.6 million for the entire estate. The grandchildren were both independent, healthy, gainfully employed and capable of earning an income.

The plain fact was that the brother received 1/2 of the estate, and the daughter 1/6, and the fact that a third of the estate is allocated to her children’s share was of no material benefit to her. The children were not obliged to support their mother, and they can be expected to prioritize their own needs.

The court analyzed each of the criteria set out in the leading case of Dunsdon v Dunsdon 2012 BCSC 1274 at paras. 134-135 very carefully and applied it to each of the three competing claims in deciding to vary the will as substantially as was ordered.

The court stressed that this was the criteria for adult independent children, and given that the daughter was unemployable it was likely that she was in fact dependent.

The criteria set out in Dunsdon are:

The mere fact that an independent child is not been given the same provision under will as the testator’s other children will not necessarily establish a moral claim.
In a variety of situations the courts of accepted and unequal distribution of an estate is being fair and adequate.

In this decision, the court stated that the deceased should have recognized when he did his will, that his daughter was in need and likely would remain in need and that 1/6th share of his estate could not conceivably be sufficient to provide the substantial financial hardship that the daughter would need.

Furthermore, the deceased should have recognized that the son was financially secure and comfortable even without an inheritance.

He was also in a stable relationship with a partner who had an independent income, while the daughter resided on her own and was dependent on state funds.

The court further found that the deceased should have recognized that the son would receive substantial property of $1 million outside the estate. There was no evidence that this was considered by the deceased.

In effect the court stated that the deceased failed to recognize that the daughter had not been nearly so fortunate in life as had the son, and accordingly he failed in his moral obligation to provide adequately for her, and the will should be varied to provide the daughter with 1/2 of the estate.