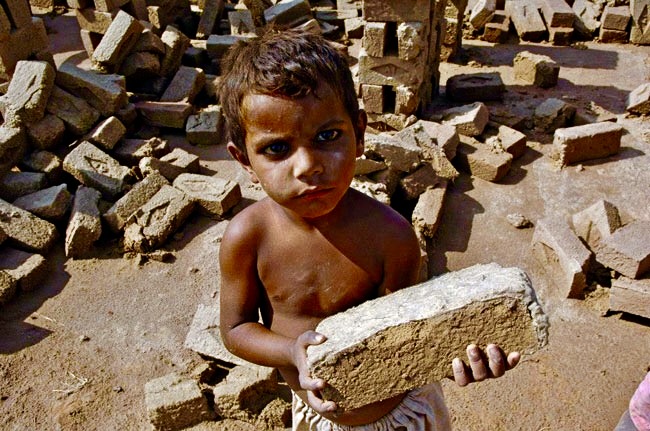 The BC Appeal Court in McDonald v McDonald 2017 BCCA 255 disallowed an award for unjust enrichment for various children who worked on the family farm for years without compensation, finding that “chores” amounted to a juristic reason to refuse a claim for unjust enrichment. The appeal Court in essence said that there must be “exploitation” before there can be a valid claim for unpaid child labour in a family endeavor.

During their childhood and teen years, the plaintiffs performed unpaid work on their parents dairy farm. They continued to work on the farm (on salary) for parts of their early adulthood. Eventually, the parents transferred the farm assets into a corporation. Many years after the plaintiffs ceased to work on the farm, they learned that their parents transferred the shares in the corporation to their brother, except for redeemable preferred shares representing about 10% of the farm’s value. Their own inheritances were to be limited to those preferred shares.

Held: appeal allowed. The work performed by the plaintiffs was in the nature of chores. As a matter of public policy, chores performed by children in a family setting do not, absent indicia of exploitation, attract a right to compensation under the doctrine of unjust enrichment. In any event, the judge’s assessment of damages was the product of palpable and overriding error. Properly assessed, the transfer of the preferred shares would fully compensate the plaintiffs even if the judge’s unjust enrichment analysis were sustainable.

[65]         The parties accept the judge’s finding that the farm work performed by the plaintiffs during their teenage years conferred a benefit on the defendants. They also accept that the work constituted a corresponding deprivation to the plaintiffs. The issue with respect to unjust enrichment is whether there is a juristic reason for the enrichment.

[66]         The nature of the an absence of juristic reason test was also discussed in Garland:

[45]      The prima facie case is rebuttable, however, where the defendant can show that there is another reason to deny recovery. As a result, there is a de facto burden of proof placed on the defendant to show the reason why the enrichment should be retained. This stage of the analysis thus provides for a category of residual defence in which courts can look to all of the circumstances of the transaction in order to determine whether there is another reason to deny recovery.

[46]      As part of the defendant’s attempt to rebut, courts should have regard to two factors: the reasonable expectations of the parties, and public policy considerations. It may be that when these factors are considered, the court will find that a new category of juristic reason is established. In other cases, a consideration of these factors will suggest that there was a juristic reason in the particular circumstances of a case which does not give rise to a new category of juristic reason that should be applied in other factual circumstances. In a third group of cases, a consideration of these factors will yield a determination that there was no juristic reason for the enrichment. In the latter cases, recovery should be allowed. The point here is that this area is an evolving one and that further cases will add additional refinements and developments.

[67]         It is common ground that none of the established categories of juristic reason for enrichment are present in this case: the plaintiffs did not have contracts of employment with the defendants during their teen years, nor did they manifest an intent that their work on the farm constitute a gift. Their work was not performed pursuant to a statutory or equitable obligation.

[68]         The defendants contend, however, that as a matter of public policy, work done by a teenager for a family enterprise should not be accorded a remedy in unjust enrichment absent extraordinary circumstances. In their factum they express the policy as follows:

Virtually all children, particularly as they get older, are expected to contribute to the family enterprise in one fashion or another, whether it is doing chores inside the house, painting a fence, mowing the lawn or helping in the family business. It seems likely that much of the work done by teenagers will provide some economic benefit to their parents. In exchange, however, their parents provide them with the necessities of life such as food and shelter and provide them with the opportunity to learn life skills which they can take with them into adulthood. To afford teenagers the right to sue their parents for work done as teenagers simply because it is of benefit to the parents sets a dangerous precedent and ignores the substantial benefits which teenagers receive from their parents at that age.

[69]         The plaintiffs dispute the idea that there is any public policy reason why teenaged children doing work for their parents should be excluded from unjust enrichment remedies. Among other things, they point out that children (including teenaged children) are a vulnerable group. Where parents exploit their children for economic gain, it is important that the children have a civil remedy.

[70]         Despite their contrasting arguments, there is, in fact, a great deal of common ground between the parties. The plaintiffs accept that not every chore done by a teenager (even if it has some economic value to the parents) will found a claim in unjust enrichment. At some level, it is a normal societal expectation that children (particularly older children) will assume responsibility for household tasks. They do not have a legal entitlement to be paid every time they perform routine chores.

[71]         On the other hand, the defendants accept that in extraordinary circumstances, a teenager will be entitled to compensation. At some point, parental demands on teenagers to perform unpaid chores will exceed the level of societal tolerance and be properly characterized as exploitative. It is obvious that there is no public policy in favour of allowing parents to engage in the economic exploitation of their children.

[72]         The question, then, is not whether public policy and reasonable societal expectations can provide a juristic reason to deny an unjust enrichment to a teenager in respect of unpaid chores. Clearly they can. Rather, the question is the articulation of the public policy. How far does the juristic reason extend?

[74]         While these cases have limited precedential value, all recognize that, as a general rule, the fact that work giving rise to an enrichment, was performed by a child or teenager in the context of family chores constitutes a juristic reason to deny recovery for unjust enrichment. In Oliver v. Blais, the trial judge noted:

[21]      [C]ases demonstrate familial obligations arising between farming parents and their children have been recognized as a juristic reason for justifying enrichment. Farming parents have a legitimate expectation that their children will participate in the chores and activities necessary to make the family farm viable. To find, in the absence of special circumstances, that a child’s contribution to the maintenance of the family farm gives rise to an interest in the farm would undermine normal farm family relationships.

[75]         While the court allowed a claim for unjust enrichment in Antrobus, the trial judge observed that unjust enrichment claims will not, as a matter of course, accrue to a teenager performing a reasonable level of domestic chores:

[185]    It is part of family life that family members assist one another â€“ perhaps pitching in to help out younger siblings or aging parents, or helping with meal preparation and household chores. Children, teenagers and young adults living with their parents are often expected to do their share in keeping the household running. Working together for the common good of the family, spending time to help other family members, without any expectation of monetary compensation, is generally part of the meaning of a family. It is not the norm, and the law does not contemplate, that family members will do a forensic accounting during their lifetimes and make sure that no one was disadvantaged in the overall exchange of services.

[76]         The court found Antrobus to be an extraordinary case, both because of the crushing burden of chores that had been assigned to the plaintiff, and because she had been promised substantial compensation for doing the chores.

[77]         In general, we see the performance of chores by children in a family as positive. Such work fosters a sense of responsibility and of family. Ideally, in doing chores, children gain valuable work experience in an environment that is not overly competitive or taxing. They can learn and experience the importance of doing tasks for others without expecting monetary compensation.

[78]         These public policy considerations mean that the performance of unpaid chores by children in a family setting will not usually raise issues of unjust enrichment. There are, however, limits that must be observed. While unjust enrichment principles should not interfere with the ability of parents to assign routine chores to their children, they will ensure that children do not fall prey to exploitation.

[79]         The parties to this appeal have not, in argument, fully explored the issue of what boundaries ought to be applied in deciding when the law will grant unjust enrichment remedies in respect of chores performed by children. In the absence of full argument, it would be unwise for the court to attempt any exhaustive enumeration of what features might make chores exploitative. I would suggest, however, that exploitation may be characterized by economic benefits to the parents that are grossly disproportionate to the benefits that the children have as members of the family, or by work by the children that is manifestly detrimental to their health or wellbeing.

[80]         In the present case, the judge specifically found that the work assigned to the plaintiffs was not so extraordinary in the context of [a] farming household where the social norm [is] that all family members pitch in and perform chores for which strangers would have expected compensation. The judge noted that the children engaged in leisure and outside social activities. While the family lived frugally, there was no suggestion of economic deprivation, nor was it suggested that the children were treated by the parents as profit centres.