Sibling Fighting: Does It Ever End? 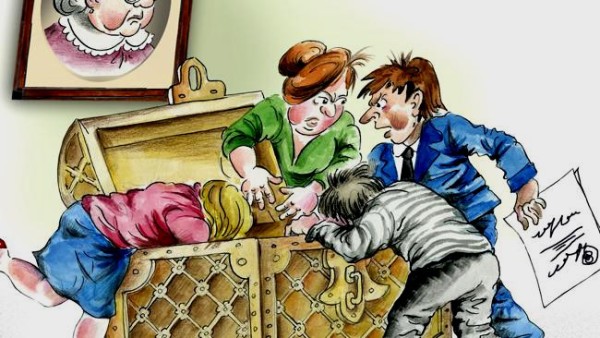 From the perspective of an estate litigation lawyer I can categorically state that sibling fighting never ends right up until death – it only has periods of remission.

In fact, after the death of the last parent my experience is that sibling rivalry  greatly increases to the point of litigation that is often vitriolic.

Having raised children and witnessed others it is no surprise that siblings fight as children, but it remains somewhat puzzling why the rivalries last so long after childhood to the point of being lifelong.

The rivalries formed in dysfunctional families are even more extreme as each child has had to fight harder for his or her role within the family in order to ” make it work”.

It is natural for children to compete for the attention and love of their parents and to feel that time spent by the parents with brothers and sisters is time that it has been stolen from them.

However,all of the childhood teasing, bullying, non-sharing type negative behaviors of siblings never seem to go away, and in fact can sometimes be suddenly exacerbated in later adult hood when disputes might arise over inheritances.

It seems that subconsciously  part of ourselves remain the child who demands his or her share of parental love, and those children who feel that they were shortchanged in parental love and attention  often remain stuck in needy relationships all their lives.

Vitriolic court  actions between siblings are sometimes described by judges as  “Cain vs. Abel actions,” referring to the biblical story when one brother Cain kills the other because of jealousy.

I have frequently heard disputing siblings refer to the other as having been jealous  all his or her life.

It would appear that as children, all of the many parental encouragements, such as “be nicer to your sister” often fall upon deaf ears  as jealousies and competitiveness between the siblings  continues

As horrified as I was to watch my firstborn  strike my second born on  first sight, I have subsequently learned that this is quite normal and common.

I am reminded that  in some species , the firstborn kills the second born with parental approval.

Even in non-dysfunctional families, parents can often play a role in  exacerbating their children’s rivalries by playing divide and conquer -playing one child off against the other, while trying to keep control .

It is important to realize that children spend far more time with each other than they do with  their parents and as such they learn  each other’s innermost secrets and behavioral patterns which is both a good thing and a bad thing .

In my world the bad thing is that they really know how to push each other’s buttons.