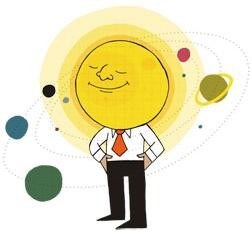 “I found this article very interesting and also very much in line with my own experience working with people who involved in serious family disputes (sometimes, but not always related to inheritances).
The first of Accettura’s reasons is, in my experience, quite rightly stated first. It is, in the case of serious disputes, by far the most commonly present and by a long way the most intractable. People with personality disorders, itself a major psychiatric diagnosis, are often unwilling or unable to negotiate on a basis that to other people would seem “reasonable”.

Those with the so-called “cluster B” disorders are usually the least able to alter their positions and those with Narcissistic Personality Disorder are given to words and deeds that can astonish in their cruelty.

This last personality disorder, the narcissistic, is remarkably common, some believe more than 2% of the population would be diagnosed with it (people with the disorder will rarely submit themselves for diagnosis because they appear to suffer much less than their victims) and they are disproportionately, although by no means exclusively, male. It particularly lends itself to disputes about inheritances for several reasons.

Firstly, people with the disorder are frequently addicted to fantasies of unlimited success (in fact, it is one of the major diagnostic criteria) and more money can seem disproportionately important to them, even if they are already wealthy.

Secondly, people with the disorder are “devoid of empathy” (another diagnostic criteria) and so can be ruthless in pursuing their goals, whatever the human cost.

Thirdly, people with the disorder feel much superior to other people (part of the definition of “narcissism”) and have a sense of superior entitlement – why should the “little people” have things that they want?

Fourthly, people with the disorder have a great many stored up grievances against other people, particularly family members who may insist upon seeing them as they are and not as they would like to be seen (a particular narcissistic characteristic), and people with the disorder will not want to pass up an opportunity to get revenge for slights, real or perceived.
If you’ve made it through this little primer, you will understand why a disproportionate number of serious and intractable disputes over inheritances involve personality disorder.
This is a link here to a Wikipedia article on Narcissistic Personality Disorder http://en.wikipedia.org/wiki/Narcissistic_personality_disorder and this is a link to a short article that I’ve posted about the modern trend towards narcissism in society http://blochhealing.co.uk/narcissism-and-society.

I hope you’ll post this comment – I’ve taken some trouble! If you do, I’ll return later to make a few suggestions about how best to deal with these problems as family member or as legal representative.”
Submitted by Peter Bloch (not verified) on Sat, 05/19/2012 – 2:32am.