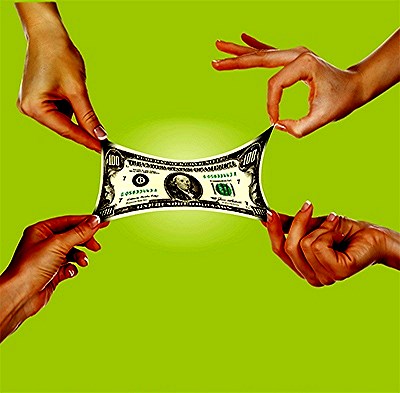 Four children from the deceased’s first marriage were awarded slightly less than half of the estate in their wills variation action against the second wife of the deceased who was left everything.  see  Houston v Houston Estate and Fowler 2014 BCSC 489

The second marriage lasted almost 35 years and everything was left to the second spouse, namely his half interest in the matrimonial home worth $770,000, and half his bank account of $95,000 by right of survivorship.

Just prior to the death of his father, a son using a Power of Attorney severed the joint tenancy of the house.

At the time of the second wife’s death in 2013, the estate of the deceased father was comprised of half the value of the property , being approximately  $375,000.

The second wife died prior to the trial.

(40) In the result, the entirety of Bob’s estate, $375,968.13, now held in the interest bearing GIC, is available to satisfy the moral claims. In this regard, the circumstances are similar to those in Wetmore v. Esaryk, 1999 CanLII 6552 (B.C.S.C.). I am satisfied that the size of the estate is sufficient to satisfy the moral obligations that Bob owed to both Angela and his adult children.

[41]         In Wetmore, the plaintiffs were the two adult sons of their deceased father’s first marriage. Neither son was in financial need. The terms of the deceased’s will left the entirety of his estate to his second wife with a proviso that his estate should go in equal shares to his two sons if his wife predeceased him or died within 30 days of his death. The estate consisted largely of the family home, valued at $270,000.

[42]         The second wife had no children of her own. Her own will had mirrored that of the deceased, but she destroyed her will after the plaintiffs commenced their WVA claim.

[43]         As in the present case, the second wife’s pension slightly exceeded that of her husband. After considering the assets, including those that the second wife had before her husband’s death, and her continuing sources of income, the judge concluded that the deceased had, in his will, more than satisfied his legal obligations to his wife.

[44]         The judge also expressed the view that the terms of the will which, as in the present case, made an alternate residual bequest to the children, demonstrated that the father felt a moral obligation to his sons. Despite this, he observed that the “effect” of the will was that the moral obligation to his sons “had been completely overlooked” (para. 20). If the whole of the estate transferred to the second wife, the capital and income from the sale of the matrimonial home would exceed her anticipated living costs (para. 29). The judge went on to structure a remedy that entitled the sons to each receive $45,000, after taking into account that the deceased’s one-half interest in the home was worth about $135,000 (para. 30).

[45]         Unlike the surviving wife in Wetmore, who was still alive at the time of trial, Angela died in 2013. Accordingly, it is not necessary here to consider any future needs.

[46]         Landy addressed a similar situation. There, the deceased left the house to his second wife who also died before the trial. The combined effect of the deceased’s will and the second wife’s will was that her children, from a different marriage, would “receive by far the major share of [the deceased’s] estate” (para. 42). Justice Hinds, for the court, went on to address the effect of the foregoing, at para. 43:

On the basis of the foregoing analysis I have concluded that a substantial change in circumstances of a person entitled to make a claim under the Wills Variation Act, or of a beneficiary, between the date of death of a testator and the date of trial, is a circumstance which may be taken into consideration when a court is determining, under the second stage of the two stage process involved in s. 2(1) of the Act, the provision that should be made for a claimant that is “adequate, just and equitable in the circumstances.”

In other words, I may consider the fact that a beneficiary has died before trial in determining what amount should be allocated to each claimant. I intend to follow that approach in the present case.

[47]         I also accept that, in assessing the moral obligations, I may take into account not just the size of the estate itself but the value of Bob’s half interest in the joint bank account that passed to Angela under the right of survivorship. Any residue of that interest will have since flowed to Louise under her mother’s will. These are all part of the circumstances to be considered here in determining what is adequate, just and equitable. The foregoing is consistent, in my view, with the approach approved in Inch v. Battie, 2007 BCSC 1249 at para. 69.

[48]         Finally, with regard to the moral obligation owed to Angela, I agree that the fact she changed her will does not reduce her moral entitlement. See Bridger v. Bridger Estate, 2006 BCCA 230, at para. 25. Angela’s moral entitlement, as a long time wife, stands in priority to the entitlement of any of the plaintiffs.