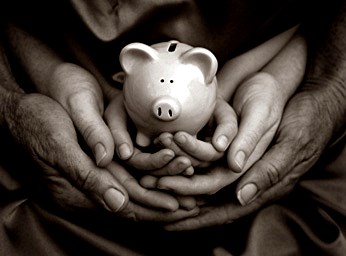 Deutshmann ( Guardian ad Litem of ) v Fallis 2010 BCSC 2031 involved a testator who died in 1995 leaving four adult children, one of which was the plaintiff who suffered from schizophrenia.

The deceased allowed the plaintiff to live in the home for as long as she was able to take care of herself, at upon which time the house would be sold and the proceeds equally divided between the other three children.

In 2009 however the plaintiff ceased to be able to take care of herself and went to live in a group home.

The house was sold yielding a net  estate of approximately $500,000.

The plaintiff was supported by  government  disability payments  and the wills variation action was commenced  on the plaintiffs behalf by the Public Guardian and Trustee .

The court held that the disabled child was entitled to a one quarter interest in the estate .

The basis of the reasoning was that the reasonable judicious parent average disabled child who has no independent means of support, apart from government assistance, would’ve made some ongoing provision for that child, and that there were no circumstances  in the case that would negate or obviate that moral obligation .

Given the plaintiffs disability, the moral obligation of the deceased to her was greater than that 02 is independent adult children, and he did not fully discharge that moral obligation in providing the plaintiff with a place to live while she was able to live alone.  assumes the plaintiff became unable to take care of herself, she was deprived of any further benefit in her father’s estate, and when she moved into the group home her need for ongoing support from her father did not end .

12 Many cases have been decided under the Wills Variation Act. The considerations governing the court’s decisions have evolved over time and there is a fairly comprehensive set of competing principles to which effect must be given. I have endeavoured to summarize these as follows:
1. The main aim of the Act is the adequate, just and equitable provision for the spouses and children of testators. (Tataryn v. Tataryn Estate, [1994] 2 S.C.R. 807)
2. The other interest protected by the Act is testamentary autonomy. In the absence of other evidence a Will should be seen as reflecting the means chosen by the testator to meet his legitimate concerns and provide for an ordered administration and distribution of his estate in the best interests of the persons and institutions closest to him. It is the exercise by the testator of his freedom to dispose of his property and is to be interfered with not lightly but only insofar as the statute requires. (Tataryn, supra)
3. The test of what is “adequate and proper maintenance and support” as referred to in s. 2 of the Act is an objective test. The fact that the testator was of the view that he or she adequately and properly provided for the disinherited beneficiary is not relevant if an objective analysis indicates that the testator was not acting in accordance with society’s reasonable expectations of what a judicious parent would do in the circumstance by reference to contemporary community standards. (Tataryn, supra; Walker v. McDermott, [1931] S.C.R. 94; Price v. Lypchuk Estate (1987), 11 B.C.LR. (2d) 371 (C.A.); Dalziel v. Bradford et al. (1985), 62 B.C.L.R. 215 (S.C.))
4. The words “adequate” and “proper” as used in s. 2 can mean two different things depending on the size of the estate. A small gift may be adequate, but not proper if the estate is large. (Price v. Lypchuk Estate, supra)
5. Firstly, the court must consider any legal obligations of the testatrix to her spouse or children and secondly, the moral obligation to her spouse or children. (Tataryn, supra)
6. The moral claim of independent adult children is more tenuous than the moral claim of spouses or dependent adult children. But if the size of the estate permits, and in the absence of circumstances negating the existence of such an obligation, some provision for adult independent children should be made. (Tataryn, supra)
7. Examples of circumstances which bring forth a moral duty on the part of a testator to recognize in his Will the claims of adult children are: a disability on the part of an adult child; an assured expectation on the part of an adult child, or an implied expectation on the part of an adult child, arising from the abundance of the estate or from the adult child’s treatment during the testator’s life time; the present financial circumstances of the child; the probable future difficulties of the child; the size of the estate and other legitimate claims. (Dalziel v. Bradford, supra and Price v. Lypchuk, supra)
8. Circumstances that will negate the moral obligation of a testatrix are “valid and rational” reasons for disinheritance. To constitute “valid and rational” reasons justifying disinheritance, the reason must be based on true facts and the reason must be logically connected to the act of disinheritance. (Bell v. Roy Estate (1993), 75 B.C.L.R. (2d) 213 (C.A.); Comeau v. Mawer Estate (1999), 25 E.T.R. (2d) 276 (S.C.); and Kelly v. Baker (1996), 15 E.T.R. (2d) 219 (C.A.))
9. Although a needs/maintenance test is no longer the sole factor governing such claims, a consideration of needs is still relevant. (Newstead v. Newstead Estate (1996), 11 E.T.R. (2d) 236 (S.C.))
38      The moral obligation or duty on the part of the testator to recognize and provide for the claim of an adult child with a disability was further emphasized in Newstead v. Newstead Estate (1996), 11 E.T.R. (2d) 236 (B.C