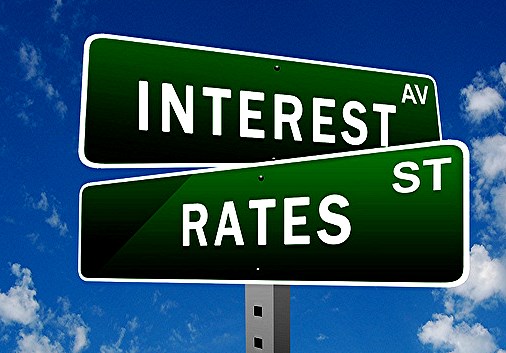 While it is much more common for courts to award a percentage of the residue of an estate to a wills variation claimant, it does on occasion occur where the court will order a lump sum award which may include interest..

That is a case in Sawchuk v Mackenzie 2000 BCCA 10, where the Court of Appeal increased the $500,000 lump sum award ordered by the trial judge to the sum of $1 million. The issue then became whether or not the plaintiff was entitled to interest on the award of $1 million and the court agreed. The rationale for their award of interest was that a lump sum under the wills variation act is a pecuniary legacy as opposed to a pecuniary judgment, and as such is subject to the general law that interest starts to run on a pecuniary gift one year after the testator’s death, at the rate set by the Canada interest act. The court had the following to say with respect to the issue of interest:Interest Is Claimable On Lump Sum Wills Variation Awards:

The issue remaining is whether the provision made by the Court attracts interest. It is conceded that a pecuniary legacy attracts interest: see Crerar v. Crerar Estate (1998), 24 E.T.R. (2d) 1 (B.C. C.A.) per Southin J.A. at p. 16. The formal order under appeal varies the will by deleting the amount of $10,000 from the bequest to the appellant and substituting the amount of $500,000. The effect of that order is that the provision for the appellant is made through a variation of the will and the will then speaks as varied. The form of the gift as a pecuniary legacy is unchanged; the variation is solely in the amount. The further variation that I would order does not affect the form of the bequest.
19 Mr. Carphin contended that the formal order is erroneous and the provision should have been made outside the will, presumably in the form of an order that the estate be charged with payment of the provision awarded to the appellant separately from the legacy of $10,000 under the will. The conceptual issue is: Does the court make provision for a claimant under the Wills Variation Act by varying the terms of the will or by making provision outside the will?

20 In my view, section 2 as worded is capable of both interpretations. Surprisingly, counsel were unable to direct the Court to any authorities in which this question has been addressed although it was acknowledged that orders made under the Act often direct variation of the will in the same manner as the formal order under appeal. The title of the statute is the Wills Variation Act, although it was formerly the Testator’s Family Maintenance Act and the name change occurred during a general statutory revision, likely without any consideration of the point at issue here. “Provision” is a general term without a precise technical legal meaning. In my opinion “provision out of the testator’s estate” is sufficiently wide to include variation of the terms of the will to give effect to the object of the Act as well as an order for payment or disposition of estate property apart from the will. Section 8 of the Interpretation Act, R.S.B.C. 1996, c. 238 directs that the Act is to be construed as being remedial and “given such fair, large and liberal construction and interpretation as best ensures the attainment of its objects.” Variation of the terms of a will in a proper case appears to me to be an appropriate means of giving effect to the objects of the Act and in my opinion the wording of s. 2 permits that interpretation. In this case the trial judge has given effect to his order through a variation of the terms of the legacy to the appellant and I think it was appropriate to do so. In my view, the trial judge erred only in the amount he substituted in the legacy and the clause of the formal order should stand with the amount of $1 million rather than $500,000.
21 The disposition remains a pecuniary legacy under the will, although varied in amount and attracts interest under the rule applicable to pecuniary legacies. So characterized I do not think that it is a “pecuniary judgment” within s. 1 of the Court Order Interest Act, R.S.B.C. 1996, c. 79. I agree with the conclusion to that effect in Morgan v. Morgan (1984), 16 E.T.R. 288 (B.C. S.C.), following an earlier unreported decision in the same court.

22 Wepruk (Guardian ad litem of) v. McMillan Estate (1993), 87 B.C.L.R. (2d) 194 (B.C. C.A.) is distinguishable. Wepruk (Guardian ad litem of) involved a pecuniary award to a common law spouse from an intestate estate under s. 86 of the Estate Administration Act, R.S.B.C. 1979, c. 114, for the support and maintenance of the spouse. It did not involve variation of a will and took the form of a pecuniary judgment against the estate. The Court concluded that the award was a pecuniary judgment within the meaning of the Court Order Interest Act but no interest was payable as the award was for a future pecuniary loss excluded by s. 2(a) of the Act.

23 Here there is no pecuniary judgment against the estate independently of the will. The provision takes the form of a variation of the will and the provision is effective through the will. Accordingly, in my opinion it is not a pecuniary judgment and the Court Order Interest Act has no application. Interest is payable under the general law applicable to pecuniary legacies, at the rate set by the Interest Act (Canada), R.S.C. 1985, c. I-15. I would amend the order of the trial judge to delete reference therein to the Court Order Interest Act. The order should direct that interest be paid after one year from the date of the testatrix’s death: see Hecht v. Hecht Estate (1991), 62 B.C.L.R. (2d) 145 (B.C. C.A.).
24 I would allow the appeal and increase the legacy to the appellant to $1 million.
Appeal allowed.